?Manchester City could be slapped with a transfer embargo by Fifa over allegations that they broke transfer rules regarding youth players.

An active investigation has been conducted by football’s world governing body since September 2017 into the accusations made against the Premier League leaders, and the ?Telegraph has now revealed part of what that examination has entailed.

Two former City trainees – Dominic Oduro and George Davies – told Danish newspaper Jyllands-Posten about their experiences of training with the Citizens, and have explained that they played for the English top flight side before they turned 18 years of age. If found guilty of breaking the rules about taking minors from foreign countries City could be handed a ban on acquiring new players like the ones that Atletico Madrid, Barcelona and Real Madrid all suffered in the past few years.

City are believed to have brought a number of talented youngsters from the continent of Africa to play for their youth teams despite not being contractually obliged to do so.

The Etihad-based outfit had been reported to Fifa initially over concerns that they had ‘trafficked’ former Manchester United and Barcelona target Benjamin Garre to the UK. 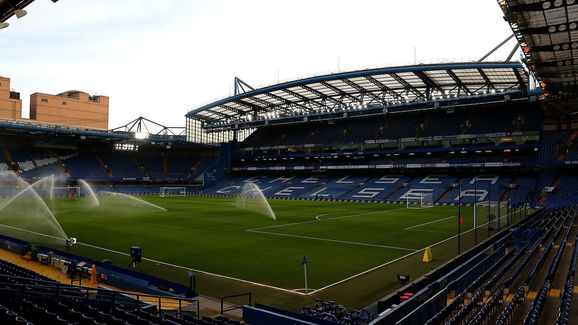 They will learn their fate over that separate investigations when the Court of Arbitration for Sport passing judgment on this trial, but the new evidence coming to light will be the third time that City have been put under the spotlight in the past 18 months.

City were found guilty by the Premier League of illegally tapping up two schoolboys and were handed a punishment of £300,000 and a year-long ban from poaching their English rivals’ best talents.

They were forced to release one of the boys from his contract but manged to re-sign him after England’s top flight relented over City’s appeals.

This happens every year lmao. Nothing will happen

(You may also be interested in ?Barcelona Legend Explains Why Man City Are ‘One of the Favourites’ to Lift Champions League Trophy)

City will most likely contest any charges or guilty verdicts brought against them in this latest off-the-field saga, and they may be joined in protesting their innocent by Chelsea, who are also under investigation for a similar offence.

The Londoners are also facing an ongoing examination into bringing foreign wonderkids to Great Britain and have already successfully overturned a ban in the past decade after they won out in the battle over Gael Kakuta from Lens.

City failed to comment on the allegations when questioned, while Chelsea reiterated that it ‘fully complied’ with all Fifa regulations before making moves for players.