Leicester City will be looking to build on their Premier League fairytale by winning the FA Cup for the first time in their history.

The Foxes must first get past Chelsea in the quarter finals of the competition this weekend. Manager Claude Puel has rotated his squad so far this season, but could be set to name a full strength eleven as they face their toughest opposition so far in this year’s competition. Meanwhile, Chelsea will be looking to regain momentum after they crashed out of the Champions League following defeat to Barcelona.

The two sides met in a seven-goal thriller in the League Cup back in 2007. Leicester took the lead at Stamford Bridge early on, thanks to a header from defender Gareth McAuley, however it was Chelsea who had the lead going into half time thanks to a brace from midfielder Frank Lampard.

Leicester stayed in the game, thanks to the fine form of late goalkeeper Marton Fulop, who denied Claudio Pizarro and Scott Sinclair from extending the Blues’ lead. 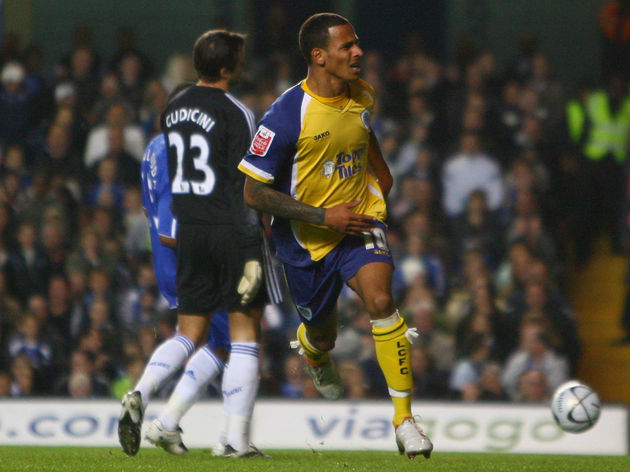 Leicester salvaged an equaliser thanks to DJ Campbell, and thought they’d won i

However, it wasn’t to be for the Foxes as late goals from Andriy Shevchenko and Frank Lampard turned the tie on its head once more and sent the travelling Leicester fans home devastated.

If Spanish creative midfielder Cesc Fábregas retains his place in the Chelsea side from this week’s heavy defeat to Barcelona, he will be up against young defensive midfielder Wilfred Ndidi – who has ?recently been linked with a move to Barcelona.

This battle in the centre of the park could prove pivotal, as the game could be won or lost here. Ndidi has been on fine form this season, but Fábregas can be a joy to watch on his day with his superb vision and range of passing.

Leicester striker Jamie Vardy has scored 16 goals in 33 games this season, and will be eager to impress England manager Gareth Southgate, particularly after news broke of Harry Kane’s latest injury. The rapid forward will be up against youngster Christensen, who is relatively inexperienced and is susceptible to a mistake at the back.

Vardy will be looking to exploit this, and the Leicester striker could also use his pace effectively by drifting into wide areas and dragging Cesar Azpilicueta or Antonio

Leicester City have a fully fit squad to pick from as they host Chelsea at King Power Stadium this Sunday. The squad have been away on a four-day training camp in Marbella this week so will be well prepared for one of the biggest games of their season to date.

Meanwhile, visitors Chelsea will be without January signing Ross Barkley, who has been out for over a month with a hamstring injury.

Antonio Conte has no other injuries or suspensions to contend with as he selects his team to take on the Foxes.

Leicester are coming into this game off the back of an emphatic 4-1 victory against West Brom, while Chelsea will be looking to bounce back from a 3-0 defeat to Barcelona.

Momentum and mindset plays an extremely large role in football, and both sides will be more desperate than ever to fight for a place in the semi-finals of the FA Cup.

This game could be a close one, and could go to extra time. But Leicester have beaten Chelsea at the KP before, and they might well do it again…