Leicester City are prepared to go toe to toe with the likes of Chelsea and Tottenham in the race to sign Manchester United defender Luke Shaw this summer.

The full back has struggled to make his mark at Old Trafford since completing a £33m move to Manchester in 2014, making just 62 appearances during his injury-hit four-year spell at the club.

Shaw’s current deal with United is set to expire at the end of the season and he has been attracting interest from a number of Premier League sides, but the 22-year-old will likely see his contract extended by an extra year due to a clause the club can activate.

Luke Shaw off at half-time. We all get that Jose Mourinho doesn’t trust/rate him, but his prolonged public humiliation of the guy pretty pathetic. Just sell him if you don’t like him ? #MUFC#MUNBRI

Spurs are known to be long-term admirers of the defender and the Daily Starclaim Shaw could be used in a swap deal that would see Danny Rose complete a move to Old Trafford.

However, Leicester City are the latest side to declare their hopes of signing the left back and interest elsewhere from Chelsea and Southampton could see a bidding war insue this summer. 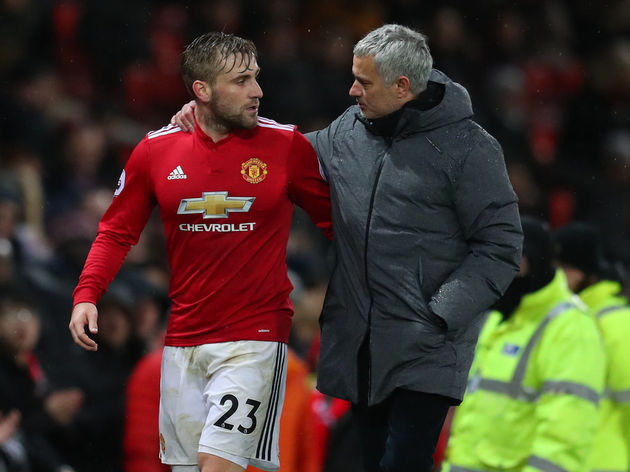 Tensions between Shaw and Daily Telegraph claim that some of his teammates believe the former Southampton star is being “bullied” by the Portuguese manager.