Premier League champions Chelsea have been dealt a fresh injury blow ahead of their crucial league fixture against London rivals Tottenham Hotspur, with Andreas Christensen having returned to London from Denmark’s camp with a knock.

The young defender, who has established himself as a regular under Antonio Conte this season, was expected to feature for the Danes during the current break, but he was a surprise omission from the squad that beat Panama on Thursday.

Age Hareide reveals Andreas Christensen has returned to Chelsea to undergo treatment after picking up a knock. “We do not want to take any risks with him,” said the #DEN manager. #CFC

Denmark manager Age Hareide has since explained that the player has been sent back to Chelsea for treatment.

It is understood that Christensen was still keen to play with the injury, but Hareide, who had planned to experiment with him in central midfield as well, thought it better not to take the risk and has had the player head back to his club.

“Andreas Christensen has been sent home to London,” he explained (H/T the ?Metro). ‘We do not want to take any risks with him. We have called up Peter Ankersen and Lasse Nielsen, so we are adequately covered in defence. 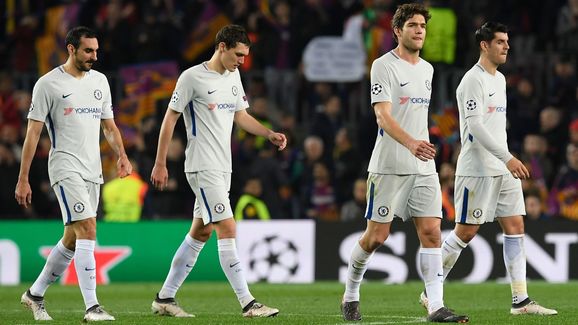 (You may also be interested in: ‘It Is Not Enough’: ?Chelsea Striker Olivier Giroud Disappointed With His Current Barren Goal Run)

“I cannot say exactly what is wrong with Christensen, but it is a little fatigue. ‘It’s not serious, but it can be. It is a bit frustrating because we would have liked to trial him in both central defence and as a defensive midfielder.”

Christensen is now thought to be a doubt for the Blues’ match against Spurs next month although the injury doesn’t seem like a serious one. Conte, meanwhile, already has both David Luiz and Ethan Ampadu out injured, so losing Christensen for a lengthy period certainly won’t do him well.