Chelsea striker Olivier Giroud has admitted that he ‘should have’ scored more goals since joining the club from Arsenal in January.

Speaking to ?L’Equipe while on international duty with France, the 31-year-old admitted that he is disappointed with statistics, but knows he has more to offer in a Chelsea shirt.

The Frenchman had an impressive goal scoring record during his time at Arsenal, and believes in himself to achieve those standards again.

105 – Since joining in 2012, Olivier Giroud scored 105 goals in all competitions, 25 more than any other Arsenal player in that time. Au Revoir. pic.twitter.com/miloaeSEcz

However, the former Arsenal forward is not making excuses. He knows he has to work hard and embrace the challenge of playing for a club like Chelsea.

“You have to be demanding with yourself,” he continued. 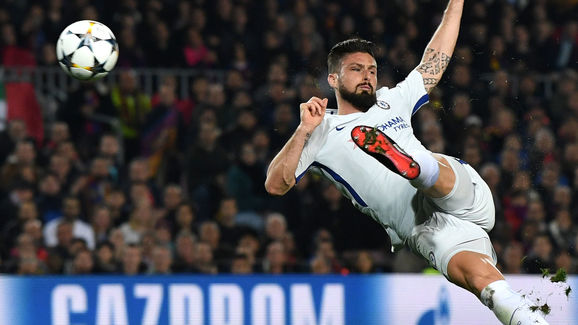 “If signed for Chelsea to have a new challenge. I knew there was going to be a wait.

“When you sign like that in January, it’s never easy because you have to acclimatise to your team. But I really wanted to be ready right away, even though I was coming back from almost six weeks of injury.

“The coach started me in the second game and it made me comfortable. It went very well. Then, it is true that I wasn’t so successful in some matches. But at this level of the game, I repeat, it is very encouraging.”

Giroud is expected to play a part in France’s upcoming fixtures against Colombia and Russia.