Tottenham Hotspur will set a €50m (£44m) price tag on coveted defender Toby Alderweireld this summer, according to a Belgian Report.

This report comes amid a race to sign the Belgian ace between some of Europe’s big clubs, and it looks like the north London club will be willing to listen to offers in excess of at least £40m.

Belgian outlet DH have claimed that Spurs are preparing to offload the defender – who is demanding £50k-a-week more that what his current club are offering him.

This news comes after the Premier League club failed to reach a contract agreement with players’ representatives. There were reports earlier in the week claiming the the players ?relationship with Spurs was beginning to deteriorate, and unless there is a significant turn of events, it seems almost inevitable that Alderweireld will leave north London this summer.

Chelsea became the latest club to ?join the race to sign the Belgian – the likes of Manchester United, Barcelona & Paris Saint-Germain are all keen to acquire the defender’s services.

Alderweireld has featured in just 10 Premier League games this season, as had been out with a hamstring injury he picked up back in October. 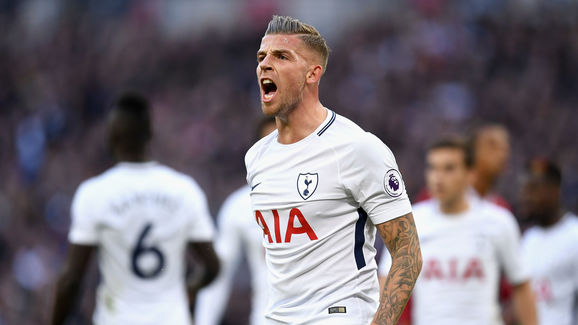 Although the former Atletico Madrid player is one of the finest defenders in the country, Tottenham have done well in the player’s absence and currently hold the third best defensive record in the league, behind and Man Utd and Manchester City respectively.

The Belgian international started his career in Holland with Ajax’s youth side before moving to Atletico Madrid in 2013. He then went on to spend a season on loan at Southampton before Spurs signed the centre-back for £14m in 2015.

Alderweireld joined up with the Belgian squad ahead of this week’s international fixtures, despite not playing a full 90 minutes for five months. With the player’s contract expiring at the end of the season, it still remains to be seen where he will end up come the summer, but this transfer saga won’t be ending anytime soon.