?Chelsea striker Olivier Giroud has given a surprisingly honest evaluation of Antonio Conte’s tactical setup, suggesting that Eden Hazard should not be deployed as a striker.

Giroud was brought in from ?Arsenal as competition for misfiring striker Alvaro Morata, but is yet to score in five league matches for his new club. This has coincided with a poor run of form for the Blues, with four defeats in their last six ?Premier League games.

In an attempt to improve his team’s goalscoring prospects, Conte has often played Hazard up front, but Giroud admitted that he did not believe this tactic was working. 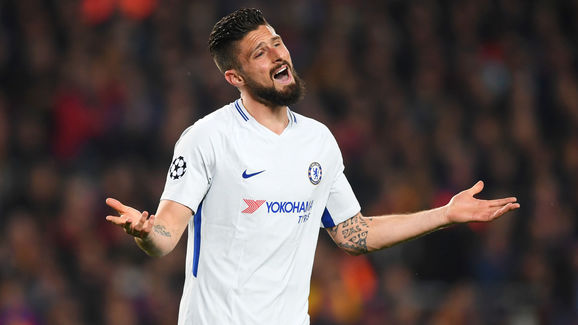 “There is always competition and it is necessary because I need that to continue to progress. I like challenges. After Montpellier, there was the choice of Arsenal and another club. My agent asked me if I was sure I wanted to go to Arsenal. I replied: ‘Of course, it is that or nothing’

Wenger on Giroud: “Olivier is an Arsenal man as well. He left for similar reasons to Theo Walcott, by being sad to leave but also objective enough to analyse his situation. His professional career demanded that he moved, but his heart wanted him to stay.” #afcpic.twitter.com/ydqoMWzH6c

“But my choices have never been motivated by the easiest thing to do or the money. And until now, these sporting choices have proved to be rather good and rewarding.”

“With Chelsea, I think I have surprised people,” Giroud continued. “I have come to the English club which has won most titles over the last 10 years – that says everything.”