Gianfranco Zola has revealed how starstruck he felt upon meeting football hero Diego Maradona in a new Italian-themed docu-film for BT Sport.

The Chelsea legend was speaking to James Richardson, the face of Italian Football during the 1990s, for the next installment of BT’s acclaimed documentary series ‘Golazzo: The Football Italia Story‘ and explained how he failed to muster a single word when in the company of the ex-Napoli and Argentina superstar.

Zola, as well as other former stars such as Paul Ince and Guiseppe Signori, sat down with Richardson to recount their tales of when Italian football was at the peak of its powers, and the former forward was asked about his first encounter with Maradona via the BT Sport video below:

The former Italy international recalled what he told himself in the lead up to the meeting but, upon coming face-to-face with the ex-striker, was left stumped as to what to actually say.

Zola said: ?”I do remember. He was my idol – the person I was looking up to – and so I said to myself ‘try not to say or do anything stupid’.

“So I meet with him and I stayed like a doll! I said nothing which was, you know, stupid!” 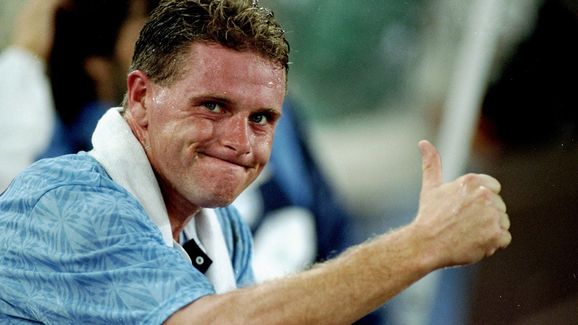 Former Manchester United and England midfielder Ince spent two years with Inter Milan between 1995 and 1997 following his lengthy Old Trafford spell, but he wasn’t the only Englishman to try his hand at playing in Serie A.

Paul Gascoigne was another who ventured to Italy to feature for Lazio between 1992 and 1995, and ex-attacker Signori explained how the former Tottenham and Rangers ace’s pedant for a prank or two wasn’t left in the UK.

Signori explained: “Off the pitch he was always pulling pranks, he always wanted to have fun. One day I found on my car windscreen a ray fish! I couldn’t see anything (it was) this big! That was just one of them.”

(You may also be interested in ?UEFA Announce 4th Substitute Will Be Allowed in Champions League and Europa League Knockout Rounds)

Golazzo will feature iconic moments from Channel 4’s coverage of Italy’s top flight over two decades ago, and will go into more depth with the above interviewees and other former stars as Richardson looks back on a superb time for Serie A in general.