?Michy Batshuayi has opened about how he broke Chelsea’s club rules as he grew frustrated over a lack of game time before his Borussia Dortmund loan spell.

The Blues striker has been on loan at the Bundesliga outfit for the past two months as he sought more regular minutes than what he was being afforded at Stamford Bridge.

Batshuayi sat down ?Onze magazine to discuss how his switch had gone and what hopes he had for the future – whether that’s at Dortmund or elsewhere. 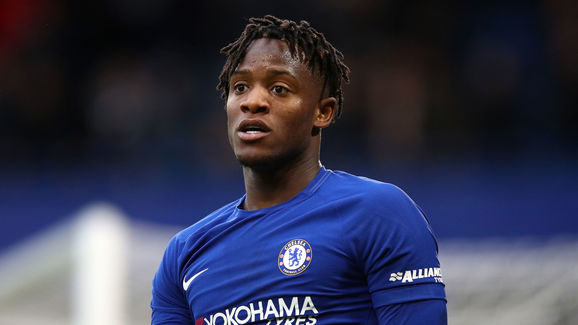 The most intriguing of his comments, however, concerned the Belgium international admitting that he broke one specific rule whilst with Chelsea that would have meant he was ‘dead’ if he hadn’t kept himself occupied throughout his barren spell in west London.

He revealed: “At the club you’re not allowed to do it, but I played futsal. If I didn’t play futsal, I would have been dead. I kill myself at futsal for 1 hour or 2 hours. It’s mandatory for me.

“It allows me to feel better, to free myself, to feel the sensation of the ball, the feeling of finding the path of the nets and especially the notion of pleasure with my friends.”

You can say he was trying to stay match fit

(You may also be interested in ?Antonio Conte Reiterates Commitment to Chelsea Amid Claims He Can’t Wait to Leave)

Futsal sees players play a bout of five-a-side football on an indoor, hardened surface and could have led to a serious injury being picked up by Batshuayi if he had continued down that path.

Thankfully for the forward, Dortmund came calling to take him on a six-month loan deal and Batshuayi has repaid their faith in kind with a haul of eight goals in just 12 appearances.

Die Borussen have already stated their wish to sign the 24-year-old in the summer on a permanent basis, but it remains to be seen if Batshuayi will head to Germany full-time given what Chelsea will demand for his signature.