Robert Lewandoswki has reportedly put Chelsea on red alert ahead of the summer transfer window.

The agent of Bayern Munich’s goal machine is said to have been offering the Polish striker to Europe’s top clubs in hopes of a move for the 29-year-old – and Chelsea are interested.

The forward has been linked with a move away from Bavaria for some time now. However, those links tend to place him ?in the frame for a move to Real Madrid. Either way, he hired agent

Daily Star, who have claimed that Zahavi has been sounding out clubs around Europe in order to gage the interest in the striker. That interest is said to be high.

While Madrid are interested in Lewandowski, it’s believed that Chelsea are the most keen – regardless of whether Antonio Conte is managing the club next season or not. 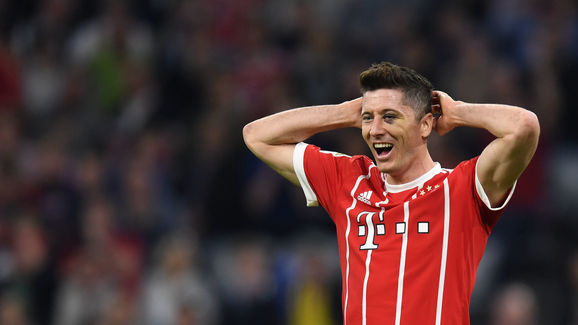 With £70m striker Alvaro Morata spending much of the season misfiring, the club are believed to be keen on replacing the Spaniard, and his future at Stamford Bridge is very much up in the air at the moment.

The report reckons that Bayern would be willing to part ways with Lewandowski for around £70m this summer, and he won’t be short of suitors.

There is also the possibility of a switch to either Manchester City or Liverpool. Both Pep Guardiola and Jurgen Klopp have worked with Lewandowski before, and the pair will be well aware of the forward’s talent.