?Whilst Tottenham and Chelsea battle it out for fourth place in the Premier League, they could both still miss out on Champions League football next season should Liverpool and Arsenal win their respective European competitions. In the meantime, both Tottenham and Chelsea could still finish above Liverpool in the Premier League – who are currently third in the league – however this could potentially set up a disastrous situation for both teams – with the ?Daily Mail highlighting the UEFA ruling that an association can have a maximum of five teams enter the competition.

This means that should Liverpool finish fifth and Arsenal finish in sixth but both sides win their respective European competitions, they would both automatically qualify for next season’s Champions League. They would then join both Manchester clubs who occupy first and second place, which would leave just one more place for Tottenham and Chelsea to battle it out for. 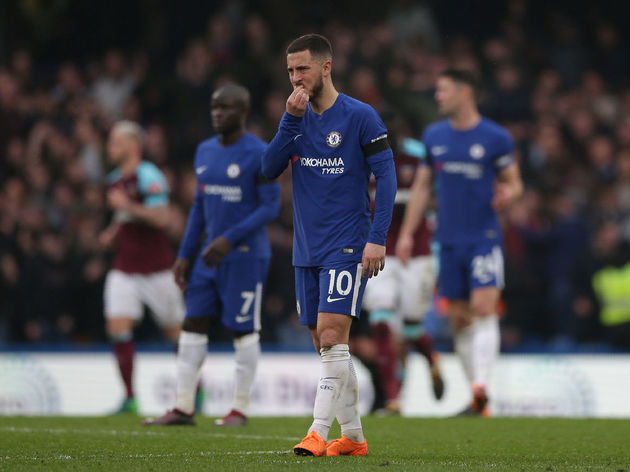 Regardless which club out of Spurs and Chelsea finished fourth, the Premier League would’ve used all of their allotted teams for the Champions League and one of the London clubs would therefore qualify for the Europa League instead.

Whilst the chances of this scenario happening are slim, both clubs will be very aware of the potential disaster awaiting them, and will have their eyes peeled to their TV screens this week for the incoming results from both semi finals.

Whilst they will do their best to avoid this scenario, both sides will be looking to pick up maximum points from their remaining games this season with Tottenham travelling to the league’s bottom side West Brom on Saturday and Chelsea hosting Liverpool on Sunday.