?Sevilla sporting director Joaquin Caparros has revealed that the exorbitant fees quoted by Chelsea for their misfiring striker Alvaro Morata stopped the Spanish team from pursuing their interest in the player.

Morata has struggled to acclimatize to the Premier League since joining the Blues as a replacement for Diego Costa in the summer of 2017, and has been strongly linked with a move away from Stamford Bridge this January. 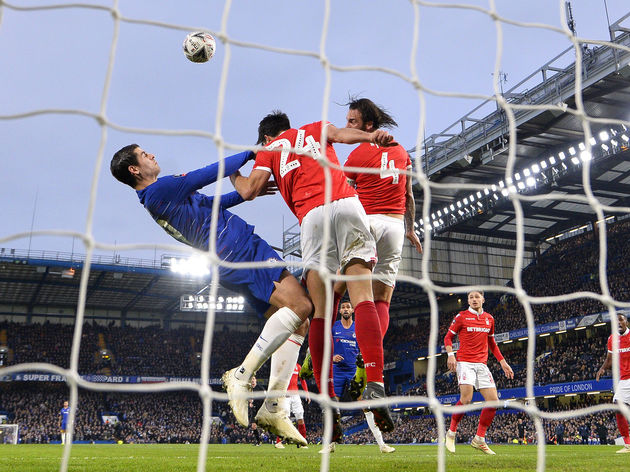 The forward has just five goals in 16 league appearance for Maurizio Sarri’s side this season, and has been dropped for Eden Hazard as a false nine in recent times, with just two showings in his last seven games in the competition.

Despite his poor form, a number of clubs are said to be interested in recruiting ?Morata, including Atletico Madrid and Barcelona, but one team who have bowed out of the running is Sevilla, as confirmed by Caparros.

Speaking to ?ESPN about Los Hispalenses chances of signing the Spaniard, their director of football admitted: “Sevilla are an appealing team for a lot of players and Morata wanted to come. We had talks but when we started talking about fees, we quickly realised that it was impossible and we gave up.”

It is understood that, though Chelsea are willing to let the 26-year-old leave this window, they would need to find a replacement before any deal is finalised, with Gonzalo Higuain and Callum Wilson the most prominently linked.

Sevilla sporting director Caparros: “Sevilla are an appealing team for a lot of players and Morata wanted to come. We had talks but when we started talking about fees, we quickly realised that it was impossible and we gave up.” #Chelsea #CFC

They are also seeking the maximum compensation for the striker’s €9m a year pay package in any loan deal, and would prefer an option to buy to be included.

Atletico are duly the current frontrunners, and though their wage structure would need to be reorganised to facilitate the deal, it is certainly not beyond the realms of possibility for them to do so in order to land their man.