Chelsea striker Olivier Giroud has spoken out about his substitute role under Maurizio Sarri this season, admitting it’s “difficult” to maintain your form in such a position.

The Frenchman has started just six games in the Premier League so far this campaign, scoring five goals across competitions in his 24 appearances.

And, speaking to ?ESPN, Giroud admitted it hasn’t been easy: “It’s not me who decides the team, making the starting XI, but obviously every single player wants to play every single game. As a competitor obviously I can’t be happy to stay on the bench, but I keep that frustration with me and try to transform it to positive energy to work hard in training. 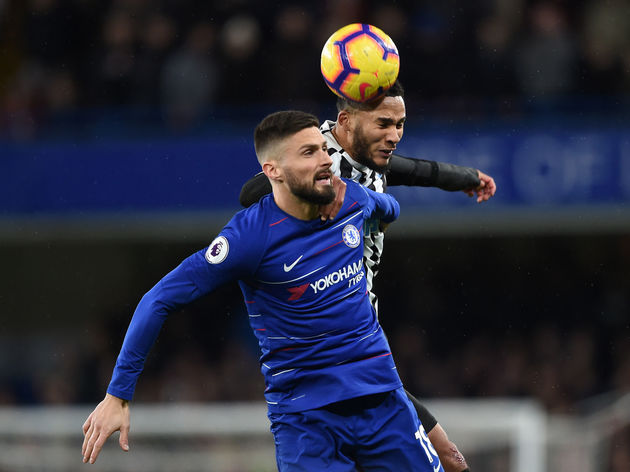 “It’s true that every time I play from the start I try to bring something to the team, to play my part. But in these 14 games I started maybe only half of them, so it’s a bit difficult to be consistent in this case. You need to play a few games in a row to be competitive, so that’s what’s a bit difficult in this last month.

“The first six months [at Chelsea] were very good for me. I needed to leave Arsenal because of the fact that Arsene Wenger wanted to play with a different kind of striker. My time was over in ?Arsenal and I was really pleased to sign in a big club like ?Chelsea.

“I settled really well — it’s like I was part of this Chelsea team for a long time. I felt very good, with a good understanding with the players. We won the FA Cup and I played a few games, and then I had the opportunity to go to the World Cup. It was very good for me.

“Then after, when I came back late from the World Cup, it was a bit different because the new manager came and you have to start again, prove to him that you are ready to play in this team. It has been a little bit difficult for me to be honest, this last month, but I will keep fighting to play in this team.”

?Giroud was then probed on his forthcoming trip to north London, to which he conceded: “It’s going to be a special moment for me, the first time I’ll be back at the Emirates since I moved to ?Chelsea, so I’m looking forward to this game.

“We need the win to keep them away from us. There’s an opportunity to put them nine points behind us, but in a personal way it’s going to be a special moment.”