After heavy away defeats to both Bournemouth and Manchester City in recent weeks, Sarri has come under heavy criticism for Chelsea’s apparent struggles this season. 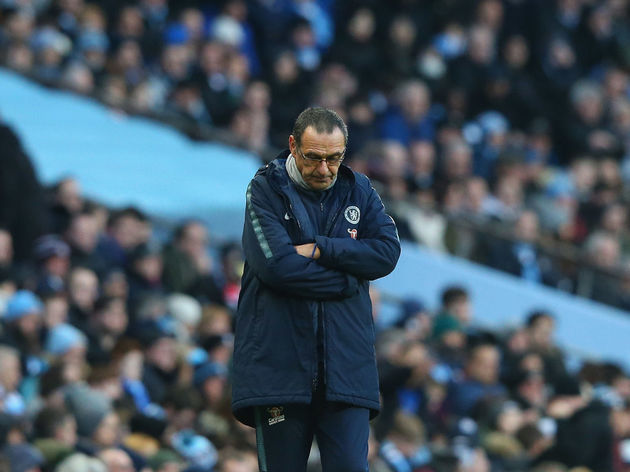 Ahead of Manchester United’s Champions League last 16 clash with his former team PSG, Blanc revealed that he wanted to return to management next summer, but stated that he needed to be approached first.

Now, according to Italian publication ?TuttoMercatoWeb, Chelsea have ‘renewed contact’ with the ex-France manager after they held talks with him last year prior to appointing then-Napoli boss Sarri.

The report adds that whilst Sarri’s job is not under imminent threat, the Blues have taken ‘preliminary steps’ to ensure a plan is ready if things do not improve in the near future.

The west London side were comfortably brushed aside by Arsenal at Emirates Stadium, before being on the receiving end of a 4-0 and 6-0 thrashing to Bournemouth and City respectively.

30th Jan: Lose 4-0 to Bournemouth; the joint-heaviest PL defeat in their history

10th Feb: Lose 6-0 to Man City; the heaviest PL defeat in their history.

Sarri’s side turn their attentions towards Europa League action on Thursday night, when they travel to Sweden to take on Malmo in the first leg of their round of 32 tie.