?Chelsea manager Maurizio Sarri is in desperate need of a positive result away from home when side travel to Malmo in the Europa League on Thursday evening, with reports suggesting only a good performance will calm the nerves of those in the club’s boardroom.

Some dismal recent away form has heaped the pressure on the 60-year-old, as recent 4-0 and 6-0 defeats at Bournemouth and Manchester City have seen them slip to sixth in the table, and many have speculated that the Italian’s tactics have been found out to an extent.

Such is the pressure facing ?the Blues at the minute that ?The Times have said only a ‘convincing performance’ in the last-32 tie will calm the nerves of the board, who are thought to be growing concerned about the long-term direction the team is heading in.

It stems from the fact chairman Bruce Buck attended the pre-Malmo press conference, something he only tends to do in times of crisis. The situation is intensified, it’s thought, by chairman Roman Abramovich’s separation from the situation, as he hasn’t been in touch with Sarri for weeks and hasn’t attended a game since 2017.

That could explain Buck’s sudden reappearance on the scene, feeling that someone has to be there to run the rule over the manager. 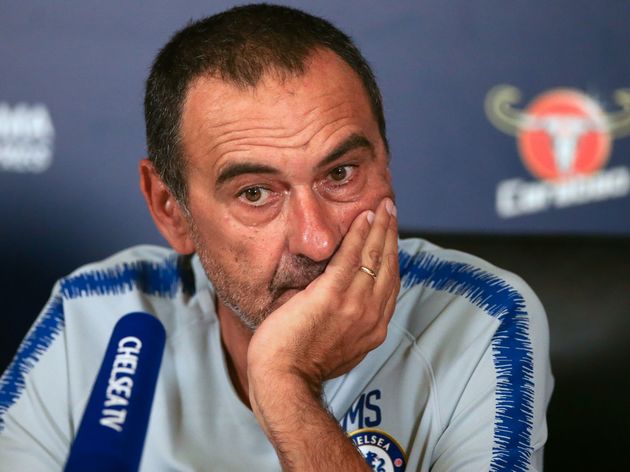 Other reports this week have suggested that Zinedine Zidane is ?already being considered as a replacement for Sarri, so it could well be an interesting situation to follow in the weeks to come, especially if they fail to turn up in Sweden.