The Italian manager has been put under real pressure in the Stamford Bridge dugout following a series of poor performances and even worse results.

And, speaking ahead of Sunday’s Carabao Cup final against Manchester City at Wembley, Rudiger conceded that the Italian’s insistence on tactical training the morning of a game was causing some mental tiredness within the Blues’ dressing room. “Fatigue, no, because it’s not like we are doing box-to-box runs,” Rudiger said, as quoted by the Daily Mail.

“It’s not physical. It’s the tactical things he likes to do. That’s his way, he’s carrying on. It’s new for the majority of the players but we have to adapt to it. It’s the same if you sit in the school the whole time listening to someone. Of course, sometimes, it gets mental, but at the end of the day you have to do your job.”

However, he maintained the main issue was the team’s confidence levels, before insisting that he’s prepared to follow Sarri’s tactical plans. 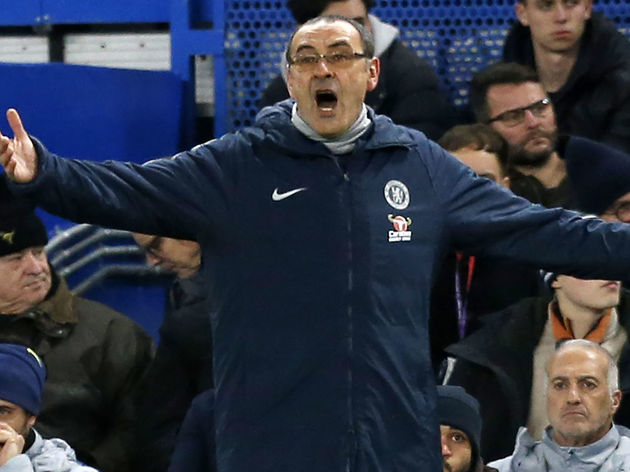 “We are always working in training, trying to do better each day. I think, right now, it’s about confidence. It’s not a tactical aspect, in my view. It’s confidence. We are underperforming.

“On Sunday, a big game against ?City at Wembley. That will show the truth. That will show our way this season. It will be the truth in terms of keeping up with opponents like City, and also Liverpool and Tottenham.

“I’m not the coach, I’m a football player. This is something the coach has to decide and we have to follow. You always play for your manager, but you want results. You want to win. No player on earth likes to have the kind of run we have had.”

It has been made clear that Sarri’s job is on the line heading in to Chelsea’s next two games, with Europa League progression against Malmo a minimum before Sunday’s cup final against a City side that beat them 6-0 almost a fortnight ago at the Etihad Stadium.