?Chelsea boss Maurizio Sarri has insisted he doesn’t know what fans of the club are referring to when they mention ‘Sarriball’.

The Blues manager is playing to save his job when he comes up against Pep Guardiola in the final of the Carabao Cup on Sunday evening, where anything less than a win could see the Italian sacked.

The Blues have slipped down to sixth in the Premier League table, and were knocked out of the FA Cup by Manchester United

This poor run of form has completely turned me against Sarri and not even for the results but the fact that whilst we’ve been poor, there have been players under performing & their under studies have been performing, yet he won’t reward good performances #TouchlineFracas

Chelsea fans were clearly stating their feelings towards the manager’s tactics, with chants of ‘F*** Sarriball’ echoing around Stamford Bridge against United. The former Napoli

The Mirror quoted the manager saying: “I don’t know the meaning of Sarriball. As I said in England on the first day, I don’t know what Sarri-ball is. I think it’s from a journal, I think. In Italy, I have never heard it. I don’t know.”

The style of play that worked wonders in Naples hasn’t exactly worked as well with the Blues, but a style of play with such complexity to it needs time to adjust – with another section of Chelsea fans calling for patience with Sarri. 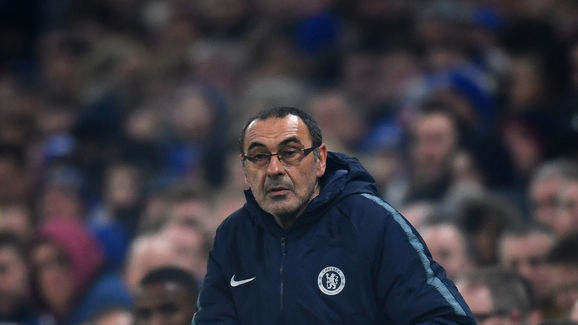