?Chelsea manager Maurizio Sarri has insisted that his dispute with goalkeeper Kepa Arrizabalaga during the Carabao Cup loss to Manchester City was simply a misunderstanding.

Towards the end of extra time, Kepa twice required treatment on a hamstring injury, prompting Sarri to call for him to be substituted for Willy Caballero. The Argentian was ready to come on, but Kepa simply refused to leave the pitch, prompting an incredibly irate reaction from the Italian.

Sarri goes mad after Kepa refuses to be substituted. He heads partly down the tunnel before returning to the bench

However, speaking after the game, Sarri admitted that the incident was down to a lack of understanding. He is quoted by ?The Guardian as saying: 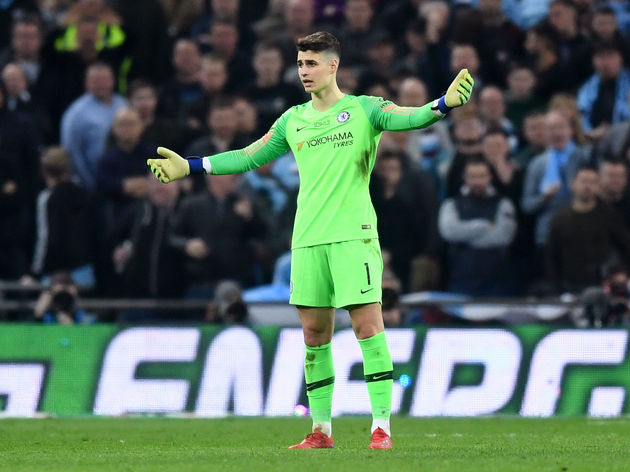 “I needed only to return, to be quiet I think [on his near-walkout]. As I say, I asked for a change for this physical problem and he said he hadn’t a physical problem. So he was right I think. I have to talk with [Kepa] but only to clarify because now I have understood very well the situation.

“I am very happy here. I think in the last three matches we have improved a lot. Today we showed we could become a very solid team. We conceded nothing to the opponents and against ?Man City that is not easy. I am very proud of my players.” He was also asked whether the result will impact his future, but Sarri stated that he remains confident he retains the support of the ?Chelsea players. He is quoted by ?Sky Sports as saying:

“I am proud of my players. I think the club can be proud of today’s performance and the players.”