?Chelsea have no intentions of punishing Kepa Arrizabalaga after the goalkeeper dramatically refused to be substituted during the side’s Carabao Cup final clash against Manchester City.

In what were truly farcical scenes, Blues manager Maurizio Sarri was left furious on the sidelines after it appeared the former Athletic Bilbao star ignored instructions to come off for Willy Caballero just before the penalty shoot-out. According to the ?Evening Standard, Chelsea are not looking to discipline Kepa for his actions, and both the goalkeeper and Sarri are attempting to put the altercation behind them.

Despite the clubs’ explanation of events seeming to suggest that it was a misunderstanding, the debacle has further raised concerns over the former Napoli boss’ long-term future at Stamford Bridge.

With rumours intensifying that there is a divide between the dressing room and the manager, ?Chelsea centre-back David Luiz insisted Sarri still has the backing of the players and that he still commanded their respect.

Maurizio Sarri says the Kepa substitution confusion was ‘a big misunderstanding’ because he thought the player had cramp. However he says Kepa was right that he could continue although the way he went about it was wrong. Sarri says he needs to talk to Kepa now. #CHEMCI

He said: “The coach has the power over the group. He has our respect.

“It was a misunderstanding and we all want to do what is best for Chelsea.

Very significant that Chelsea are playing down Sarri-Kepa bust-up, they’re happy with performance today and response from players. This won’t affect Sarri’s future. In fact, they’re backing him.

After appearing to be one of the few individuals to approach Kepa during the incident, ?Luiz admitted that it was difficult to truly understand the situation. 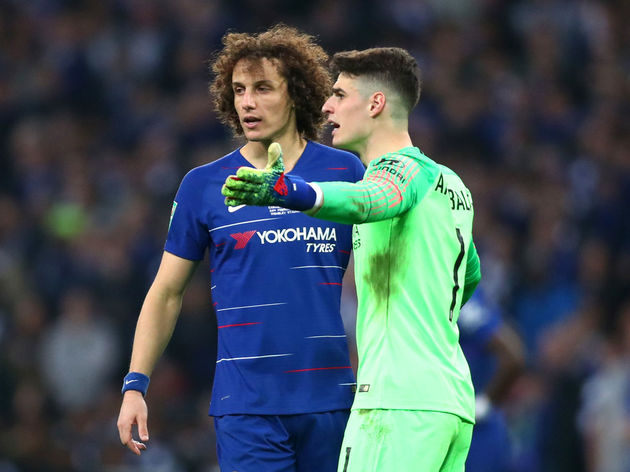 He added: “It is never easy for us to listen from afar. I didn’t know if the coach wanted to make the change because it was his decision or because he’d (Kepa) already been on the floor twice.

“Kepa was saying ‘no, I’m good, I can stay on the pitch’, but from far (on the sidelines) you can’t understand. You have the fans too, they start to boo (so it’s hard to hear/communicate).

Immense sympathy for #Chelsea’s Sarri. His team played really well against excellent opponents, but he was let down by a silly adolescent goalkeeper who should have given his manager proper respect. I don’t want to see Kepa playing for a long time to come.

“The game was stopped but the referee (Jonathan Moss) was saying ‘play, play, play’. The referee went there and said ‘okay no more substitution’, came back and we restarted.

“People can think in a negative way or a positive way (about this). It is always like that.”