Clearly replacing a man who collected 103 caps for England would be difficult, but what those around Stamford Bridge didn’t realise, was that it would be virtually impossible. Numerous left-backs have come through the door, but as each sees his shadow dwarfed by the great Cole, they slink out the back door and the search starts again.

So, as questions continue to be asked about the left side of Chelsea’s defence, let’s take a look at the many faces that have attempted to replace the man once dubbed ‘Cashley’… Signed from Augsburg for an initial fee of £15m, Baba Rahman was never truly given a chance at Chelsea as he was fed to the sharks in the doomed campaign of 2015/2016. Amidst the chaos of Jose Mourinho’s final season in London, Baba Rahman could never establish himself in the Chelsea team and was allowed to leave on loan to Schalke a year after his arrival.

Sadly, a torn ACL curtailed a good campaign in Germany for the Ghanaian, who now finds himself at Reims, but still on the Chelsea books. However, he is unlikely to ever appear in Chelsea blue again. Signed from PSV in 2007, Van Aanholt rose up the Chelsea youth ranks right to the cusp of the first team. However, it was at that point that his Chelsea career floundered and the Dutchman was finally sold to Sunderland after a vicious cycle of loans.

Now at Crystal Palace, Van Aanholt has developed into a formidable Premier League full back, although in truth he was never really given the chance to stake his claim as the Ashley Cole replacement. Filipe Luis, signed from Atletico Madridalong with Diego Costa, was the direct replacement for Cole after starring in ‘Los Colchoneros’ dramatic run to the Champions League final.

However, despite arriving with a strong pedigree, the Brazilian was never fully relied upon as Cesar Azpilicueta dominated the left-back role in Chelsea’s 2014/2015 title-winning season.

Unhappy at playing second fiddle, Luis returned to Atletico in the summer of 2015 where he has since reclaimed his position as one of Europe’s premiere left-backs. Emerson swapped the Italian capital for its English counterpart, arriving last January accompanied by the excitement of YouTube compilations championing his speed, crossing ability, and silky Brazilian skills. Unfortunately, after hardly appearing under both Antonio Conte and Maurizio Sarri, it appeared that his Chelsea career was dead in the water.

However, Chelsea’s Carabao Cup final defeat to Manchester Citycould have been a watershed moment for the still 24-year-old Emerson. The nationalised Italian played a starring role for all 120 minutes of the final and coolly dispatched his penalty in the shoot-out.

It remains to be seen what Sarri’s plans are for Emerson, but it would come as no surprise to see his name significantly higher on this list in a years time. Including Zhirkov on this list is a bit unfair on the Russian considering that he was signed from CSKA Moscow in 2009 predominantly as a winger. However, since he ultimately ended up playing at left back for Chelsea, he must be included.

Although he wasn’t necessarily brought in as a Cole replacement, he still had his opportunity the make the role his own, but inconsistent performances saw the Russian end up merely a light stain in the Chelsea history books.

29 league appearances saw Zhirkov become one of the most average Premier League winners of all time before he was shipped back to Russia, signing for Anzhi Makhachkala. 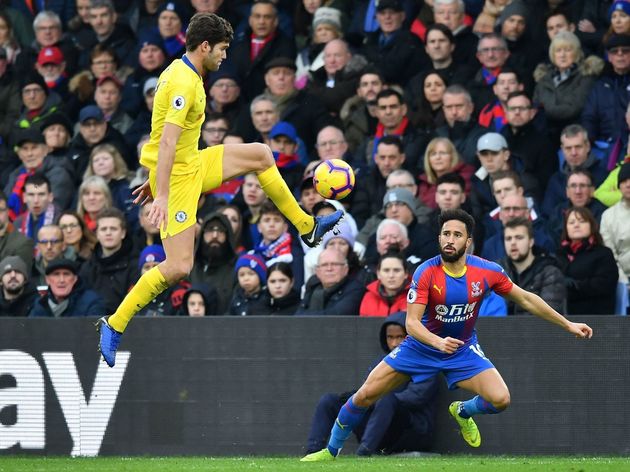 Signed for £21m on deadline day 2016, Marcos Alonso immediately established himself as a terrace hero, playing a crucial role at wing back in Conte’s five-man defence system, as Chelsea were crowned champions.

A relatively reliable source of goals Marcos Alonso has provided significant value to Chelsea, but his positive aura is now starting to wear off. Sluggish performances at a more traditional lef back position under Sarri has seen many call for Alonso’s head.

After Emerson’s display against City at Wembley, there seems to be a long way back for the Spaniard. Brought in as a junior and raised through the Chelsea youth system, Bertrand was considered the heir to Cole’s throne for both club and country.

A strong tackler and excellent crosser of the ball Bertrand got right to the brink of a real Chelsea career before the purgatory of the Blues’ loan system and managerial changes scuppered the Englishman’s chances.

Now at Southamptonwhere he has become a consistent Premier League defender, Bertrand’s name will always be fondly remembered around Stamford Bridge for the surprising 70 minutes he played at left wing in the triumphant 2012 Champions League Final. Perhaps it is a testament to Chelsea’s unsuccessful recruitment over the past decade that their greatest post-Cole left back is actually a right back.

In reality, though, it is truly a testament to Azpilicueta’s determination and versatility which has seen him become a Chelsea regular across three different positions.

As new managers brought new systems to Stamford Bridge, there was always a place for the man affectionately dubbed ‘Dave’ by the Chelsea faithful.

Converted into a left back by Jose Mourinho, Azpilicueta won the Premier League title at the position in 2015 before winning the title again under Conte, this time as a centre-back. Now, at his natural right back position under Sarri, and wearing the captain’s armband every week, Azpilicueta will go down as one of the great Premier Leaguebargains, having arrived from Marseille for just £7m in 2012.