?Cast your mind back to November 2018. Ahh, rosier times. Heading into the month’s international break, where England eventually triumphed 2-1 against Croatia in the defining UEFA Nations League A Group 4 clash to reach the semi-finals (Gareth <3), Chelsea were unbeaten in 12 Premier League outings and four points off top spot.

Maurizio Sarri was a record-breaking Premier League manager (because of said unbeaten start) and Eden Hazard was the best player on the planet. The only problems, the scale of which is almost unbearable to think of in such tumultuously testing times, were the Blues’ profligacy up front and their proclivity to lose concentration at the back. 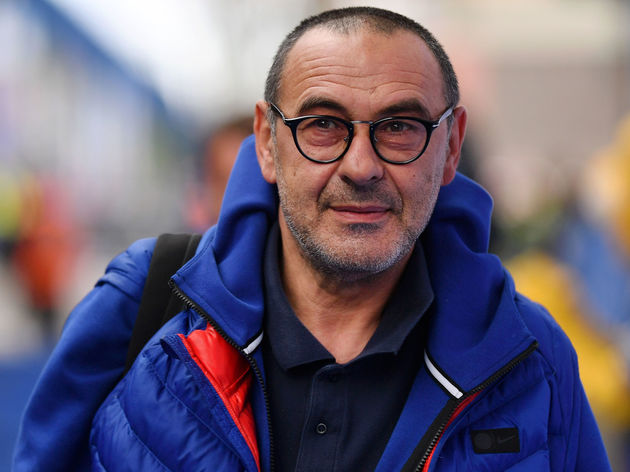 Now, to be fair, the club had scored 27 goals from 12 games and conceded just eight, so we’re not even talking too great an issue. Besides, Alvaro Morata was on the mend, wasn’t he? Well, sort of.

The team had looked potent in three and four-goal wins against Huddersfield, Arsenal, Cardiff, Southampton, Burnley and Crystal Palace, but only after the first goal had gone in. And, when it didn’t, they seemed to panic. To reiterate, this was not being screamed from the rooftops with concern, it was a mild, mild mark against the club’s clear title chances. TITLE CHANCES.

But it was the two games either side of this international break that most successfully forecast the team’s foggy future; the 0-0 stalemate with Everton showing the inefficiency up front and the 3-1 drubbing against Tottenham showing the defensive fragility.

Or did it? And did this misconception actually lead to the problems that have intermittently plagued the club ever since? Now, to clarify, I’m not suggesting that ?Chelsea were clinical against the Toffees or that they were stoic against Spurs. But Sarri’s reaction to these games seems to have precipitated the malaise.

If you’re wondering, this is where Mateo Kovacic comes in. Or Mateo ‘Pointless’ Kovacic, as he’s known in this parish. Now, Kovacic isn’t a terrible player. Not really. He’s just not much of a good one, either. He’s a fair-weather player.

By that, I mean he’s a fine (as in ok/alright/decent) player to have when you’re laden down with an abundance of attacking talent, like at Real Madrid, where he at one month-long point back in 2018 looked to be the club’s most impressive player, purely thanks to his sensibleness.

But, when your team’s creativity consists of ?Hazard and, well, little else save for the occasional flicker from Willian or Pedro, you’re going to struggle. And that’s where Sarri and his staff went wrong.

They saw those two games and made two assumptions. One: Morata is not fit for this level (probably true, though undermined by his subsequent revival at Atleti). Two: the central defence needs significant defensive cover in midfield (less true, and ultimately very, very damaging). 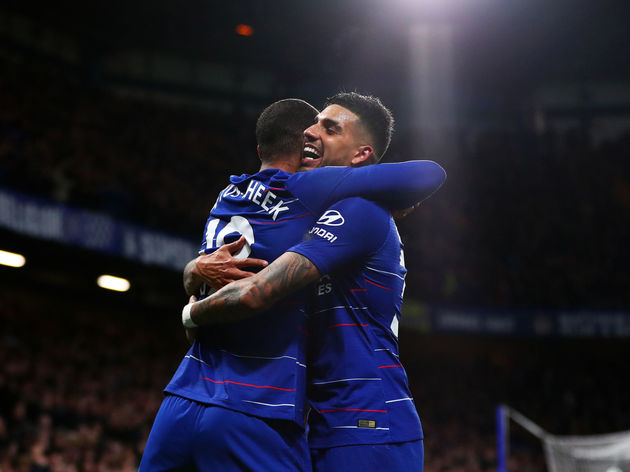 Why was this damaging? Because it meant that Kovacic was continued to be picked ahead of Ruben Loftus-Cheek (Ross Barkley is not canon) to provide the team with a defensive backbone and the focus of the attacking fruitlessness (also known as the Second Spanish Inquisition) was angled solely at Morata.

Sarri assumed that Hazard could go on playing at such a high level, and that the Croatian, alongside the defensively conscious N’Golo Kante and Jorginho, could protect the defence from being caught out, leaving a new striker as the only required solution.

But this didn’t solve anything. Because Chelsea’s defensive failings, for the most part, weren’t (and aren’t) restricted to the middle. It was and is out wide. The defining image of that Spurs game was the way Son Heung-min sent both Jorginho and David Luiz into oblivion. But, consider the former’s dust-covering on the flanks, and consider why it was he and not, say Marcos Alonso, who should’ve been dealing with such an issue. And consider how that dynamic festers itself within the defence’s psyche, especially when half of said rearguard are playing in roles they have not been accustomed to for some time.

Then consider the recurring complaints about Sarri-ball. It’s pedestrian. It’s boring. It’s all Ross Barkley (NOT CANON) flicks, Willian tricks and absolutely zero end product. And that’s not just because Olivier Giroud and Gonzalo Higuain can’t finish. They can.

One is a World Cup winner and the third-best scorer in French national team history. The other is Serie A’s greatest one-season scorer and Argentina’s sixth greatest marksman (just three goals behind Diego Maradona in 24 fewer games).

No, it’s because the team lacks creativity across the park, which puts all the pressure on the diminutive Belgian’s shoulders, and all the possession too, which prevents him from registering the kind of stats that the likes of Mo Salah and Raheem Sterling can post, because there’s no one to play him the ball in a dangerous area except for his own ingenuity, who is not a registered player at the club, unfortunately.

But you know who can supply him with that assist, as he showed so dutifully against Brighton on Wednesday night? You know who can rifle it into the top corner, occasionally at an even great lick than the man himself? Loftus-Cheek. You know who can play that ball into a dangerous area that, if it’s not Hazard, say Giroud, can convert? Callum Hudson-Odoi.

And you know who can’t shoot, ever, not even if the world was on the edge of nuclear war and all he had to do to save it was hit the target from 20 yards? Mateo Kovacic. You know who can’t do anything but perpetually frustrate with his combination of fleet-footedness and foolishness? Ross ‘Not Canon’ Barkley.

It’s not that ?Loftus-Cheek, Hudson-Odoi, Andreas Christensen and Emerson Palmieri are the solution to all of Chelsea’s problems. But it sure did feel like it against Brighton. The Twitterverse was reduced to an appeased, peaceful, if begrudging, applause. Yes, TWITTER.

If that doesn’t convince you that the Croatian, alongside Alonso and/or Willian, Pedro, Barkley etc are surplus to requirements, I don’t know what will.