?Liverpool have released a statement threatening lifetime bans for any fan found guilty of throwing a flare at Chelsea supporters during Sunday’s 2-0 victory.

On the 30th anniversary of the Hillsborough stadium disaster, the match was marred by crowd unrest as a flare was thrown into the away supporters during the second half, whilst homophobic chants towards Chelsea fans were also heard.

?Liverpool released a ?statement in which they confirmed that any fan who was involved in the flare incident will be banned from Anfield going forward.

“As ever, the overwhelming majority of those present at Anfield ensured the occasion was a fitting tribute. Regrettably however, a smoke device was thrown into the away section during the second half and we are actively working with Merseyside Police to investigate the matter. Any person found to have committed this offence will be banned from our ground. “The club is also concerned about a chant from some of our fans, specifically referencing Chelsea, as inappropriate and offensive. We would urge all Liverpool supporters to respect each other and stop such chants as they do not reflect the inclusivity that the club stands for.

“As a proud member of Stonewall’s Diversity Champions programme, we are committed to LGBT equality across all areas of the Club and have contacted them and our own affiliated LBGT group Kop Outs for further support.”

The build-up to the match was also shrouded in controversy after a video emerged on Twitter of a group of Chelsea fans chanting a racist song about Liverpool forward ?Mohamed Salah – an incident which saw ?some of the group turned away from their Europa League meeting with Slavia Prague on Thursday. 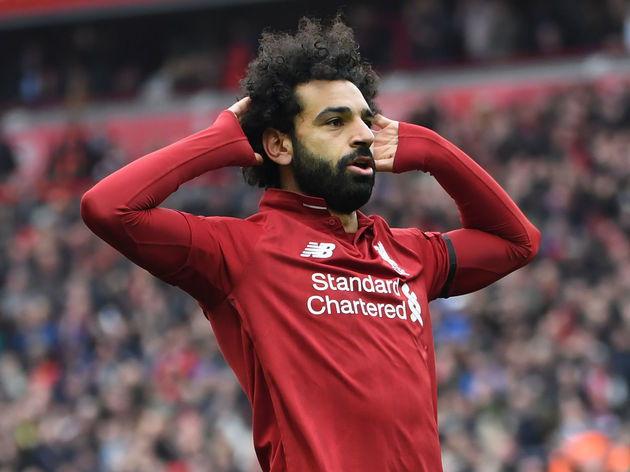 The Egyptian got himself on the score sheet in spectacular fashion on Sunday, with his stunning long-range strike following ?Sadio Mane’s headed opener to gift the Reds the three points. They returned to the top of the ?Premier League title, although the fate of the trophy remains in the hands of ?Manchester City, who have played one fewer game.