Chelsea manager Maurizio Sarri has made the eyebrow-raising claim that reaching the Champions League final is ‘easier’ than getting to the same stage of the Carabao Cup.

The Blues find themselves in a battle for the top four to qualify for next season’s premier European competition, while they also face Eintracht Frankfurt in the semi-finals of the Europa League next month. 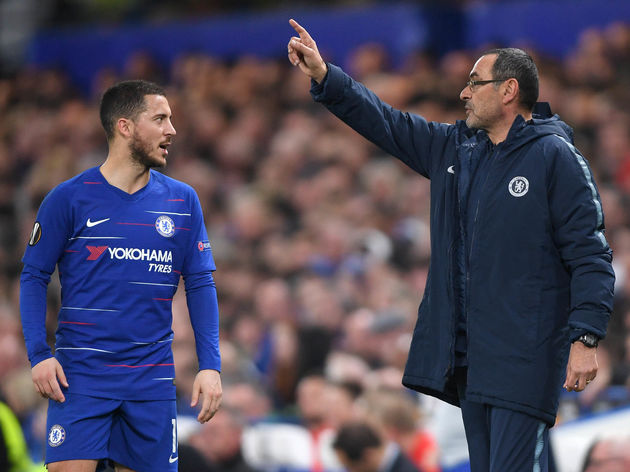 Speaking ahead of his side’s ?Premier League clash with Burnley on Monday night, Sarri seemed to play down the importance of the Champions League, comparing it unfavourably to Chelsea’s League Cup run.

“But in the Europa League at this point you cannot expect anything easy, either. We have to try in both ways.”

The ?Chelsea boss added: “People give the Champions League too much importance. Of course it is the most important competition for clubs, but now [in the knockout phase] it is one with straight elimination – the ball goes in off a post or out and you qualify or are eliminated.