?Chelsea host Eintracht Frankfurt on Thursday night in the second leg of their Europa League semi-final, as they look to secure their first piece of silverware under Maurizio Sarri.

Following a 1-1 draw at the Commerzbank Arena, the Blues have a slight advantage going into the second leg, as Pedro’s goal on the stroke of half time cancelled out Luka Jovic’s opener.

Sarri has never won a trophy in his managerial career and will be desperate to go one step towards doing so at Stamford Bridge on Thursday. After their place in the top four was sealed at the weekend, Chelsea can now pay all their attention to their Europa League campaign.

Standing in their way are one of the dark horses of the competition in the shape of Frankfurt. The German club have surpassed all expectations this season, as they sit in fourth spot in the Bundesliga and are in prime position to play in next season’s Champions League.

Frankfurt have been just as consistent on the road this season as they have been at home, meaning the Londoners cannot afford to underestimate the away side.

Check out 90min’s preview of the game below:

?Chelsea midfielder ?N’golo Kante went off with a hamstring injury against Watford at the weekend. Sarri admitted that it was a mistake to play the Frenchman, as he is now feared to be out for the remainder of the season.

Elsewhere, long-term injuries to ?Antonio Rudiger and Callum Hudson-Odoi mean the pair will not feature for the Blues again until next season. Chelsea may be left short at the back, as ?David Luiz and Gary Cahill have both been carrying knocks recently. This could see ?Cesar Azpilicueta being forced to deputise in the middle of defence. 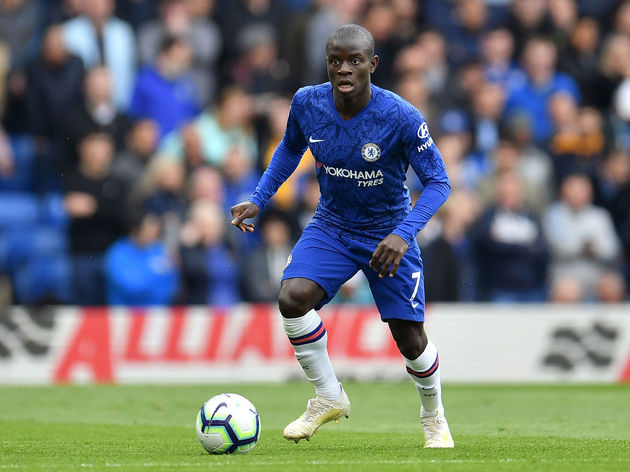 Eintracht Frankfurt will be waiting to hear on the fitness of key forward Sebastien Haller. The French striker has bagged 14 goals this season, but has been missing in recent games due to an abdominal strain. His fitness will be monitored closely in the lead up to the game, as the German side hope he is fit enough to partner Jovic up front.

Aside from that, Frankfurt have no fresh injury concerns as they prepare for one of the biggest games in the club’s history.

The first leg of this tie was the only time to two clubs have ever met in competition. However, Chelsea do boast an impressive record against ?Bundesliga opposition in Europe. In 19 games, the Blues have been victorious on ten occasions, drawing four and losing just five. Eintracht Frankfurt on the other hand, have played English opposition in a two legged tie on three previous occasions. Whilst the German side won two and drew one of the home legs against English teams, they lost the away leg and also eventually lost on aggregate in all three ties.

This is only the second time Chelsea have found themselves in the Europa League semi-final. On the previous occasion, they went on to lift the trophy after beating Benfica 2-1 in the final in 2013.

Chelsea set themselves up perfectly for this game with a comfortable 3-0 home victory over mid-table ?Watford – a result which secured Chelsea’s place in next season’s ?Champions League. The victory ended the Blues’ run of three consecutive draws, starting with their disappointing share of the points at home to Burnley.

Eintracht Frankfurt could not have had a worse preparation for this game, as they went down 6-1 away to fellow top four chasers Bayer Leverkusen. Incredibly, all seven goals in the game came in the first 36 minutes and Frankfurt had an embarrassing 18% share of the possession. 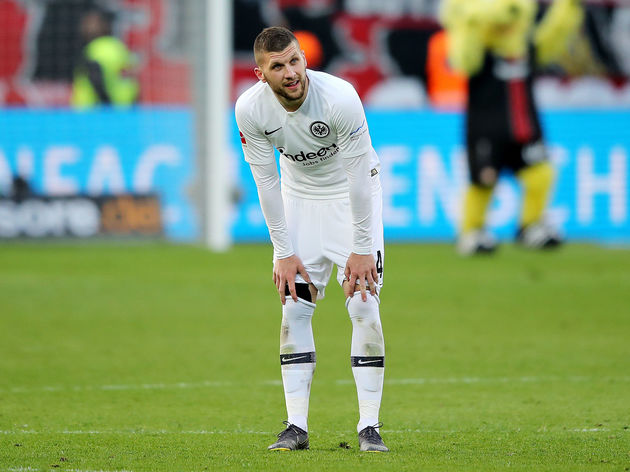 That result also ended a run of three draws for the German side, though not in the way they would have hoped. Whilst several key players were rested, they would not have expected such a disastrous outcome. They will be desperate to put memories of that game to bed by pulling off an upset at Stamford Bridge.

Here’s how the two sides have fared in their previous five fixtures:

With home advantage, Chelsea will approach this fixture as the favourites to progress to the final. However, Kante’s injury will weaken their midfield and may provide Eintracht with the window of opportunity they need to get something out of this game.

After ?Eden Hazard started the first leg on the bench, he is likely to return to the starting XI on Thursday night, which may give the home side the edge in this tie. 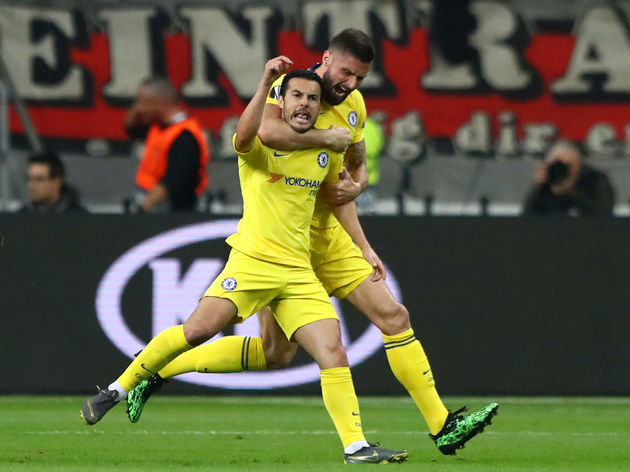 That said, the match is nicely poised and could provide fans with a Europa League classic.