?Chelsea winger Callum Hudson-Odoi is on course to make an early injury comeback after rupturing his achilles, possibly increasing his chances of joining Bayern Munich in the summer.

The 18-year-old underwent surgery after hobbling off in the recent league draw with Burnley, bringing an end to his breakthrough season with the Blues. It was initially feared that he would be sidelined for more than half a year, but the youngster’s recovery has gone superbly and he is now expected to return in just four to five months. The ?Sun report that the ?Bayern hierarchy are still monitoring Hudson-Odoi’s situation, having failed with a £35m offer to the Stamford Bridge club in the January transfer window.

It is anticipated that the wide man will resume training during pre-season and should be available to play competitive matches by September. The Sun suggests that an early comeback ‘boosts’ the likelihood that Hudson-Odoi will join the ?Bundesliga champions.

The ?Chelsea youth product has only one year left to run of his contract with the Blues and will be free to discuss a move elsewhere once he enters the final six months of his current deal.

Fortunately for Die Roten, the England international is thought to be pushing for a switch to Bavaria having handed in a transfer request over the winter period. 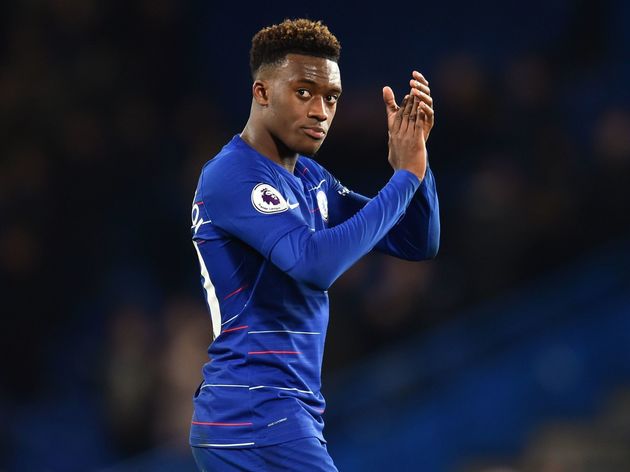 A driving force between Hudson-Odoi’s desire to leave west London is his lack of game-time under Maurizio Sarri, the Italian starting him in just four?Premier League

The manager’s reluctance to play the starlet has left him frustrated, especially given his involvement in Gareth Southgate’s England squad. Niko Kovac, on the other hand, would guarantee him a prominent role in his Bayern side.