?Despite facing the prospect of a transfer ban for the next two windows Chelsea are still eyeing players for next season, with Ajax’s David Neres the latest player to be linked with a move to Stamford Bridge.

Like most of his teammates, Neres has enjoyed a fabulous season for the Dutch side with 11 goals and ten assists in all competitions to help secure a league and domestic cup double. 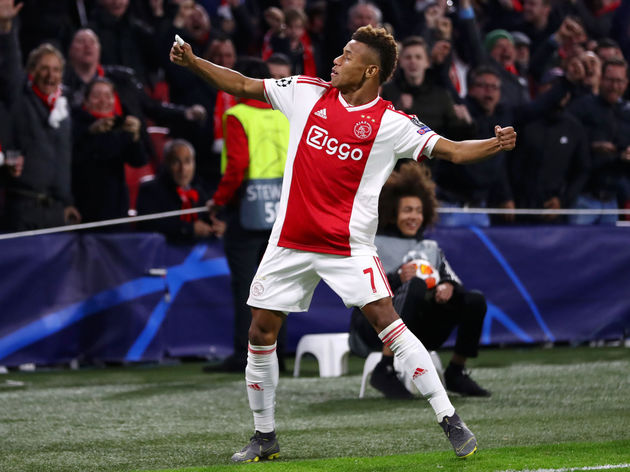 As a result, a host of players for the Champions League semi-finalists have been linked with moves away from Amsterdam this summer, with ?the Independent that the 22-year-old is no exception.

They report that ?Chelsea are lining up a £40m bid for the Brazil international, although any proposed move is dependent on the outcome of their transfer ban given to them by FIFA.

The Blues have received a 12-month ban for breaching transfer regulations when it comes to signing young players, and are ?now deliberating whether to request the Court of Arbitration for Sport (CAS) freeze their ban. Any potential move for Neres by Maurizio Sarri’s side could be seen as them attempting to replace ?Eden Hazard. The 28-year-old has been repeatedly linked with a summer move to Real Madrid, leaving a huge void that the west London club would need to be filled.

Chelsea already signed Christian Pulisic from Borussia Dortmund in January, but with Pedro and Willian entering the final year of their contracts, and Callum Hudson-Odoi sidelined with an Achilles injury, reinforcements are very much needed.

Neres, who has been included in Brazil’s squad for this summer’s Copa America, has been at Ajax since January 2017 following his move from Sao Paulo, and is contracted