It’s that time of year again for fans of EA Sports’ FIFA 19 as the Premier League Team of the Season has finally been released in packs.

?The top flight’s biggest names have seen their regular cards given major boosts thanks to their performances throughout the season, with the 22 players released as part of this year’s Team of the Season understandably dominated by Manchester City and Liverpool.

Here’s a quick rundown of the Premier League Team of the Season and a 90min rating to see if these new blue cards are actually value for money at this stage of the game. Statistically, Alisson Becker was the best goalkeeper in the Premier League this season and his Team of the Season card is certainly one of the best that is now up for grabs in FIFA 19. Trent Alexander-Arnold’s Team of the Season card has the stats to play anywhere on the pitch and he’s now the go-to right-back in the Premier League, but a downside is that the youngster’s new blue card is sitting at double the price of his Future Stars one. It was Aymeric Laporte’s match-winning header on the final day of the season with wrapped up a second successive title for Manchester City, but it was merely the crowning jewel in what has been an outstanding season for the Frenchman.

While his FIFA 19 Team of the Season card doesn’t have as much pace as most of us would hope for, you won’t find a cheaper 94 rated centre-back on the entire game. Right from day one in FIFA 19, seeing Virgil van Dijk in your opponent’s team as the game is loading would swiftly be following by an “oh for f*** sake” muttered under your breath.

As if his 85 rated card wasn’t enough of a pain in the backside, Van Dijk’s Team of the Season card – which is higher rated than his Team of the Year one – has the second-highest amount of in-game stats out of any centre-back on the game. 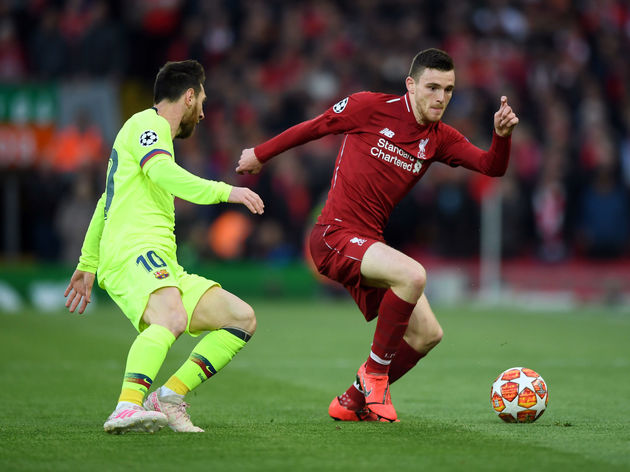 It’s not even nearly up for debate that Andrew Robertson is the best left back on the entire game, and his new 94 rated Team of the Season card has got higher pace, passing and defending stats than Marcelo’s Team of the Year. 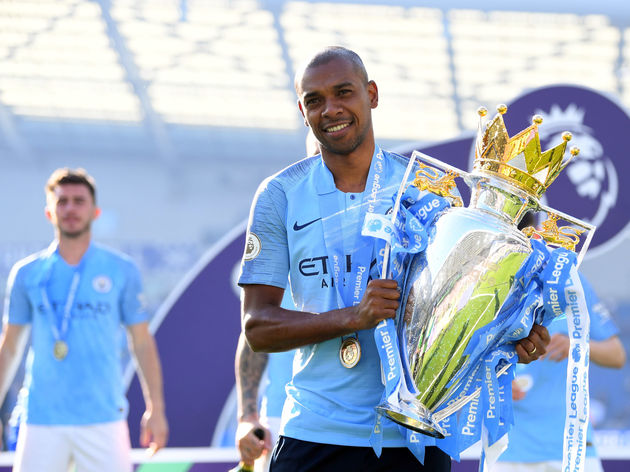 Mohamed Salah hasn’t always been a must-have in this year’s game as his three-star weak foot leaves a lot to be desired coming in off the right wing, but his Team of the Season has more in-game stats than any other player in his position on the whole game. Bernardo Silva’s Team of the Season card is just his second release in this year’s game which is central, with his base and majority of his special cards being out on the right wing.

The Portugal international’s Team of the Season card is mouthwateringly perfect to play as an attacking midfielder in any Premier League team, with his pace, shooting passing and dribbling all sitting at 90 or above. While Christian Eriksen might have the best shooting out of any player who isn’t a forward in this year’s Team of the Season, at over 1m coins the Dane is demanding a high price.

If a one-striker formation is more your style, however, then Eriksen could be the perfect player to sit in just behind as, on top of his threat in front of goal, he’s also one of the more physical attacking midfielders on the game. Raheem Sterling’s Team of the Season card might not be as good as Mohamed Salah’s, but the Manchester City star’s unique animations in the game – as well as being almost half the price – should make him an attractive addition for anyone building a Premier League side. Although Sergio Aguero has been a dangerous player throughout FIFA 19, the Argentine’s lack of raw pace has meant that most defenders can catch up with him fairly easily.

But now sitting with 99 accelerations and 90 sprint speed, Aguero could be the out and out endgame striker, especially with his nation providing links to Lionel Messi and (via Paulo Dybala) Cristiano Ronaldo. Ederson (220,000) – A fantastic alternative if Alisson is slightly out of your price range, especially if you’re big on using a goalkeeper for their distribution.

Alexandre Lacazette (1,600,000) – The Premier League’s cheapest Team of the Year striker and one of the most well-rounded cards on the game. Sadio Mane (1,430,000) – Considering the price of the rest of the Premier League Team of the Season wingers, Sadio Mane is probably the best value for money in the squad.