?Ruben Loftus-Cheek has revealed he’s ‘more confused than sad’ after he ruptured his Achilles during a friendly on Thursday morning.

Chelsea were playing a charity friendly against MLS outfit New England Revolution which they went on to win 3-0 thanks to a Ross Barkley double with Olivier Giroud also chipping in with a goal of his own, but there was some devastating news that came out of the game. ?Loftus-Cheek was forced off with what looked to be a nasty injury, and it proved to be exactly that with scans showing the midfielder ruptured his Achilles. It was a devastating injury which will not only rule him out of ?Chelsea’s upcoming Europa League final, but could also rule him out for the whole of next season with reports claiming he could be set to miss a whole year of action.

Once he underwent surgery, Loftus-Cheek took to ?Twitter to update his fans on how the surgery went, and also revealed how he’s more surprised at the injury than upset. His post read: “Difficult to describe how I’m feeling right now. More confusion than sadness.

“My surgery went very well yesterday evening so I’m off to a good start. I’ll be watching and supporting from the sidelines for a little while so I wish the boys all the luck in the Europa League final and of course the Nations League finals.

“Coming back strong from an injury is something I’ve had to do all my life and I’ll do it again. See you on the pitch as soon as possible.” 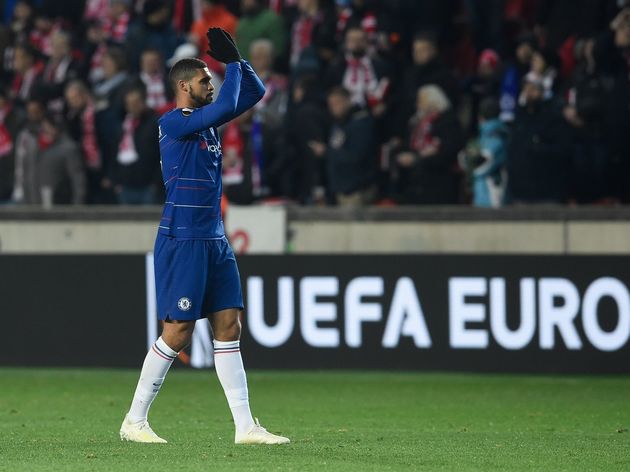 After a successful 2018 World Cup campaign with England last summer, the midfield was starting to feature more frequently for the Blues this campaign. He score four goals and bagged three assists in 11 Europa League appearances and even managed six ?Premier League goals with the majority of his 24 league appearances coming from off the bench.

It’s a huge blow for the 23-year-old who would’ve been hoping to kick on even further next season and establish himself as a regular starter under Maurizio Sarri, but it looks as though he must now wait even longer for his opportunity.