?Maurizio Sarri has provided an update on the injury sustained to Ruben Loftus-Cheek ahead Chelsea’s Europa League final clash with Arsenal, with the midfielder set for at least a four month lay-off.

The Italian also admitted he will ‘respect’ Eden Hazard’s decision if the Belgian opts to leave London and move to Real Madrid, although he has ‘hope’ that he will stay on at Stamford Bridge.

Sarri says he cannot be certain but he estimates Loftus-Cheek may be able to return to training in four to six months. #UELfinal

?Chelsea will take on ?Arsenal in the final of the competition in Baku on Wednesday, with Sarri addressing the media ahead of the all-English European final. One of the key points the 60-year-old brought up was the loss of Loftus-Cheek, who ruptured his achilles during a charity friendly game against MLS outfit New England Revolution.

“For sure, he will become one of the best midfielders in the world,” he said of Loftus-Cheek, as relayed by Goal reporter ?Nizaar Kinsella.

“I don’t know the timing. Maybe four-five months. Training after five months then to train to play at the best of his abilities.”

Sarri on the severity of Loftus-Cheek’s injury: “For sure, he will become one of the best midfielders in the world. I don’t know the timing. Maybe four-five months. Training after five months then to train to play at the best of his abilities.” #CFC

Much of the discussions taking place ahead of the showpiece event have been surrounding the future of Blues’ forward ?Hazard. The 28-year-old has been widely tipped to confirm his departure from the club and join ?Madrid, with an announcement set to come after Wednesday’s match.

Sarri was quick to state that he wants the player to remain in west London, although he is unsure of the Belgian’s next move. Nevertheless, the Italian claimed his side must be ready for any eventual departure. 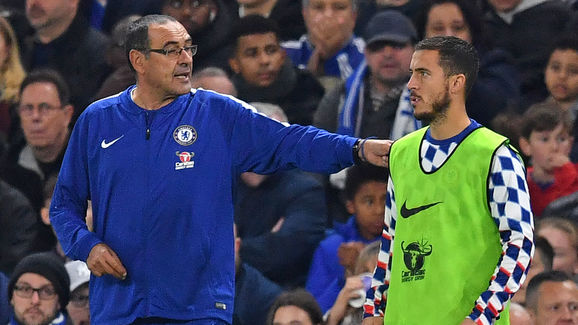 “I want to respect his decision, I hope he will stay with us,” he added. “We need to be ready if he decides something different. Hazard is good for every team [after being asked about Real Madrid], also for us.”