?It’s fantasy football time! As the Premier League season draws ever closer, fantasy football managers look to pick their sides which will probably consist of three or four players who won’t even be in the league next season.

Frustrations begin to kick in as the £100m budget seems £30m too small, and managers wonder what their options are and what to do next.

Here’s a review of the prices of the ?Chelsea players for the next season. Kepa Arrizabalaga (£5.5m) – Kepa was the sixth-highest rated goalkeeper last season, and is always going to be a decent option in goal, especially if you don’t want to pay the massive £6m fee of the two top goalkeepers. May suffer more goals next season though with the team under the cloud of a transfer ban.

Willy Cabellero (£5.5m) – Will rotate with Kepa whenever injured, but is unlikely to play many games at all in the league next season. Marcos Alonso (£6.5m) – The left-back has been every fantasy football manager’s dream, bombing forward and getting in the box as often as possible. He poses a serious attacking option for ?Chelsea. However, with Frank Lampard as manager, 24-year-old Emerson will offer a genuine threat to Alonso’s position.

David Luiz (£6.0m) – Another managers’ dream, ?Luiz loves pinging balls to the forwards and racks up a number of goals and assists every season. Sometimes defensively suspect, he makes up for it by picking up points offensively.

Cesar Azpilicueta (£6.0m) – The Spanish defender may have lost a yard of pace last season, but that hasn’t affected his offensive play, whipping in crosses from the right-back position for fun and garnering a large number of points.

Antonio Rudiger (£6.0m) – Rudiger had a good season at Chelsea, but is unlikely to pick up as many points offensively as the first three mentioned. However, he is a threat from corners so may be a decent option. 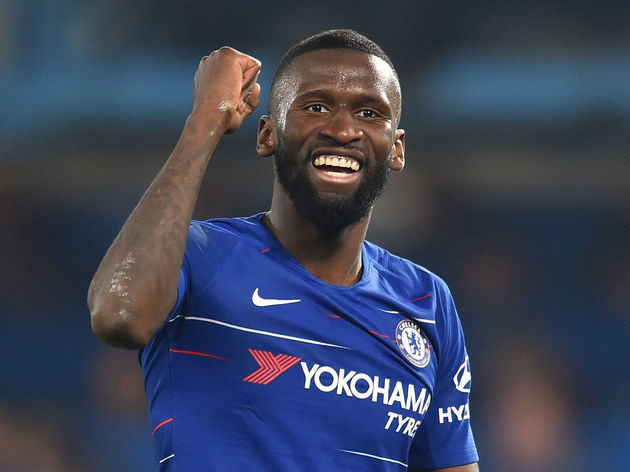 Emerson (£5.5m) – The left-back played a handful of games last season, but began finding some game time towards the end of the campaign. Lampard is likely to play the youngsters next season, so the attacking Brazilian may start ahead of Alonso and be a cheeky option for fantasy football managers everywhere.

Andreas Christensen (£5.0m) – The young Dane struggled for game time under Sarri, but similarly to Emerson, he may find himself in the team a lot due to Lampard’s willingness to play youngsters. Could be a hidden gem in fantasy football next season.

Davide Zappacosta (£4.5m) – Even at a very cheap price, it isn’t worth bringing in Zappacosta as he is likely to get almost no minutes whatsoever. ?Christian Pulisic (£7.5m) – The new signing is likely to play a crucial role in the Chelsea team, especially with Eden Hazard leaving for Madrid. The £7.5m price is decent regardless. If he’s amazing then you have yourself a bargain, and if he’s just okay then it’s not a disaster due to the middling fee.

Pedro (£7.0m) – Although Pedro is at times largely erratic, his pace and two-footedness makes it hard for defenders to keep a hold of him, and at £7m represents a good potential option.

Willian (£7.0m) – On some days Willian is unplayable. On most others he’s a headless chicken. However, managers may think that for a price of £7m it is a gamble worth taking.

Ruben Loftus-Cheek (£6.5m) – The talented young midfielder became a Chelsea regular towards the end of last season, and started bagging a lot of goals from midfield. Unfirtunately for him though, he suffered a terrible injury leaving him off the pitch until December.  May be an option for managers later on in the season. Callum Hudson-Odoi (£6.0m) – Similar to Loftus-Cheek, Hudson-Odoi found his way into the starting XI towards the end of the season but then suffered a serious injury. However, he could be back by September so a price of £6m could be an absolute bargain.

Mateo Kovacic (£5.5m) – The midfielder signed permanently for Chelsea after a fairly unimpressive 2018/19 campaign. In the Premier League he managed just two assists and a whopping zero goals. Not worth it at all even at £5.5m.

N’Golo Kante (£5.0m) – If you had told anyone two seasons ago that ?Kante would gain the most points for a midfielder in Chelsea besides Hazard, you’d have laughed hysterically at the sheer idiocy of the statement. But this was due to the fact that he played in a more advanced role last season and the other Chelsea midfielders were very poor. Will probably go back to his defensive midfield role next season so definitely not worth it for any manager.

Jorginho (£5.0m) – The midfielder was subject of a lot of criticism last season. Probably won’t play much next season now that his father… sorry… now that Maurizio Sarri has left. Even if he does play, he offers nothing offensively and shouldn’t be anywhere near your team. Ethan Ampadu (£4.5m) – The 18-year-old isn’t likely to play much, however, the arrival of Lampard may be good news as he could gain the odd first-team chance. Not a realistic fantasy football option. Olivier Giroud (£7.0m) – The big striker may not be the best player, but he guarantees at least a double-digit number of goals in the league if he gets the game time. Alongside a transfer ban and Tammy Abraham and Michy Batshuayi being unproven at this level, ?Giroud is bound to get a good amount of minutes on the pitch and offer a good option for fantasy football managers.