?Philippe Coutinho is on his way back to Liverpool, Neymar is set for a sensational return to the Nou Camp and Paul Pogba will be back in black and white next term!

…That’s what the rumour mill would have you believe, at least.

Whether that trio do indeed decide to move back to their old sides remains to be seen, but they can certainly learn a lesson or two from history before making a U-turn. There are many footballers that have chosen to backtrack and beg for forgiveness to varying degrees of success. Sometimes it’s a wonderful reunion, but there is also the chance they have reentered an unhappy marriage.

Here’s a look at eight players that returned to their former club and an analysis of how things turned out. ?Manchester United to ?Juventus to Manchester United to… Juventus again? It may seem strange that the Bianconeri are so eager to bring the Frenchman back to the Allianz Stadium given all the turmoil and frustration he has caused at Old Trafford, but there is method in the madness.

The 26-year-old proved his immense talent for his country as they lifted the FIFA World Cup last summer, whilst it was his spectacular form during a four-year stay in Turin that convinced the Red Devils he was worth the £89m price tag.

That only makes things more infuriating for United supporters, who have grown tired of Pogba’s tantrums and lack of effort. Yeah, he won the EFL Cup and Europa League in his first season back, but let’s not pretend they couldn’t have done that without him.

The midfielder is nothing more than an expensive distraction for the club, draining funds and drawing focus away from the overall performance of the team. Pogba always has to be the centre of attention. Tevez left Juve for his boyhood team Boca in 2015, the forward last appearing for the Buenos Aires outfit 11 years prior. He was overjoyed at the outcome, writing on ?Twitter: “

It was a touching sentiment, it’s just a shame he meant none of it. ‘El Apache’ made a sizeable impact in his first campaign since returning, achieving his dream of winning a league and cup double with the Azul y Oro after scoring nine goals in 18 matches.

However, he had no appetite for another season, continuing to tuck away chances but rarely looking interested. For all his insistence that Boca was his home, Tevez departed again in 2017, penning a whopping

The money bought the Chinese side 16 games and four goals from Tevez, before he returned to Boca for a third time, this time to a much more sceptical fanbase. In his prime, Kaka was unstoppable. Mesmerising dribbles, clinical finishing and insightful passing characterised his game as he led ?Milan to two European Cup finals, before all confidence left him at ?Real Madrid.

He was coaxed back to San Siro in 2013, being made vice-captain on arrival and taking his Rossoneri goal-tally to 100 with an effort against Atalanta, though he failed to add to his list of honours in black and red.

A torn adductor could have derailed his sole season back in Italy, but instead Kaka took it as an opportunity to show his all-round class, refusing to be paid any wages by Milan until he was fit once more, the World Cup winner returning to the field two months later. Gotze didn’t have a particularly amazing time at ?Bayern Munich, making his switch back home to ?Dortmund pretty understandable.

He has had to re-adjust to the BVB style of play, a process which is all but complete as the playmaker finally begins to establish himself in the starting lineup.

It is doubtful whether he can reach the lofty heights he once did at Signal Iduna Park following a battle with the metabolic disease myopathy – which causes extreme fatigue and weight gain – but he is certainly a loved member of the Dortmund family once more and enjoyed his best season in years in 2018/19. Five years separate Fowler’s first spell with ?Liverpool and his second coming, with ‘God’ staying for just a single full season after rejoining from ?Manchester City on a free transfer.

He was unable to partake in the Reds run to FA Cup glory in 2006 and had his first three goals ruled out for offside but the striker would eventually be hugely proud of his Anfield return.

Fowler overtook Sir Kenny Dalglish into third on the Reds’ all-time top scorers list – with an effort against West Bromwich Albion, though he may have lingering regrets about a ?Champions League final defeat at the hands of Milan in his closing months on Merseyside. 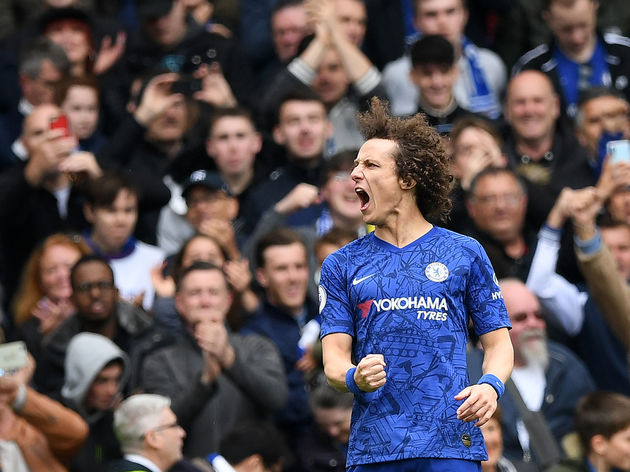 Luiz is a splendid footballer. He’s also a splendid option at centre half, but that normally only applies when he is featuring in a back five.

The Brazilian was sold by ?Chelsea for a staggering £50m to Paris Saint-Germain in 2014, only to make the reverse move two summers after for £20m less, a decision which has turned out rather nicely for the defender.

He has had his critics since crawling back to Stamford Bridge, putting in some dire displays. Still, you can’t argue with an FA Cup triumph, another ?Premier League title and a satisfying 4-1 humbling of ?Arsenal in the Europa League final. Defoe has always been a lethal weapon upfront, regardless of where he is plying his trade. Nevertheless, his greatest goalscoring years definitely came with ?Spurs, for whom the striker has amassed 143 goals across 11 campaigns.

It was his second stint at White Hart Lane, between 2008 and 2014, when the England man discovered his best form, firing the Lillywhites to Champions League qualification in 2010 for the first time in their history.

He hit Wigan Athletic for five that season, whilst garnering a reputation as of one of the top-flight’s most fearsome finishers. Sure, no trophies were added to his League Cup once Defoe made his way back to north London, but that is evidently a problem the entire club is yet to overcome.

The veteran forward is adored at Tottenham, rightly earning his status as one of their legends for his remarkable proficiency in front of goal. It took all of one year at Juventus for Rush to realise he was in the wrong place. He swiftly corrected that, re-signing for Liverpool on loan in 1987, before making the move permanent 12 months later.

He found the back of the net on 207 occasions for the Reds prior to his Turin sojourn, compared to 139 after his return. He was no doubt more prolific before the Juve switch, though the Welshman was deep into his 30s by the time of his final departure in 1996.

Even then, Rush would twice be named in the PFA Team of the Year, whilst also collecting the Liverpool top-scorer gong in five of the eight campaigns that followed his transfer back from Juve.

However, his crowning moment was the game-winning brace he struck in the 1989 FA Cup final triumph over ?Everton, a match which meant more than words can describe to Reds supporters as they continued to mourn the victims of the Hillsborough disaster, a tragedy which had taken place mere months beforehand.