?Chelsea manager Frank Lampard has revealed Callum Hudson-Odoi is yet to agree on a new contract at the club, although talks between the two parties are progressing very well.

Reports have suggested the 18-year-old has ?already ?agreed a new £100,000-a-week deal to snub Bayern Munich and remain at Chelsea, but Lampard was quick to dismiss such rumours. Speaking after his side’s 4-3 victory over ?Reading on Sunday (via ?Goal), Lampard again reiterated his desire to see Hudson-Odoi remain at ?Chelsea, adding that everything is moving in the right direction.

“The one thing that’s clear to me is I want to keep him here. He’s a player we cherish. Players who come through the academy are the present and the future of the club so we’re doing everything we can to get there. I hope it’s news to be confirmed soon.” 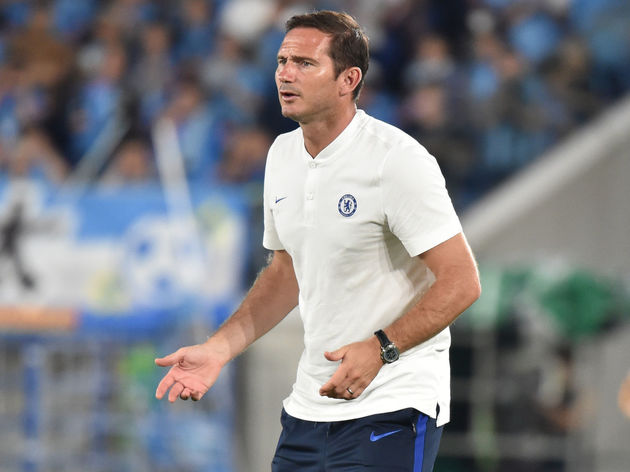 A new five-year deal is believed to be on the table for Hudson-Odoi, who handed in a transfer request to try force through a move to ?Bayern last summer. The contract is yet to be signed, although the winger is said to be ready to commit his future to the Blues.

After struggling for game time under previous boss Maurizio Sarri, it looked like Hudson-Odoi had finally broken through into the first team before he suffered a serious Achilles injury against ?Burnley in April.

He is yet to return to first-team action, but Lampard insisted his recovery is going well and he is targeting a speedy return to the side.

“But there will be a period for Callum where his injury is fine and then he needs to get fit to play in this team because it will be demanding with the way I want to play, from front to back.

“He’s not far away and I know he’s done everything he can to be fit through the summer and the medical team have been very good. We’re getting close.”