?Frank Lampard’s official debut as Chelsea manager could hardly have been much worse as he watched his side fall 4-0 to Manchester United on Sunday.

There were undoubtedly some good moments for Chelsea, but there were far too many atrocious ones which left Chelsea running away from Old Trafford with their tails between their legs.

Lampard’s team sheet could hardly have been more different from Maurizio Sarri’s. He went for his trusty 4-2-3-1 formation, and opted to keep his faith in ?Chelsea’s youngsters. Tammy Abraham fought off ?Michy Batshuayi and ?Olivier Giroud to start in attack, whilst Mason Mount was handed his own full debut in midfield.

Mount was hugely impressive during pre-season, as was ?Ross Barkley, so it came as no surprise to see both starting against United. Did it work? Well, sort of.

As the game began, Lampard’s influence on Chelsea was clear. The Blues were energetic and technically impressive, and they could have taken an early lead if Abraham’s fierce strike had not struck the post. Going forward, there were few complaints. Chelsea attacked with speed, hunger and desire, and they created plenty of chances with their quick, intricate passing. Sarri’s side were criticised for their lack of movement, but the same could not be said for this Chelsea, who wanted to fly around the pitch all day long.

The attack is definitely a work in progress for Chelsea, but there was plenty to be intrigued about. However, the same could not be said of the defence.

They were perhaps unlucky to fall behind, but ?Marcus Rashford’s penalty appeared to breathe new life into ?United, who grew into the game and ultimately went on to dominate. Chelsea could have no complaints about any of the goals. They could hardly stop conceding during pre-season, and the sudden departure of ?David Luiz has clearly hit Chelsea hard.

In his absence, Kurt Zouma lined up alongside Andreas Christensen, and it was a torrid outing for the Frenchman. His passing was dire and he was guilty of making a number of poor decisions that ultimately left his side fighting for their lives.

How does Lampard address this issue? He can’t dip into the transfer market, and they don’t exactly have the deepest squad in terms of defenders. ?Antonio Rudiger and Reece James will soon return from injury, but will they be enough? 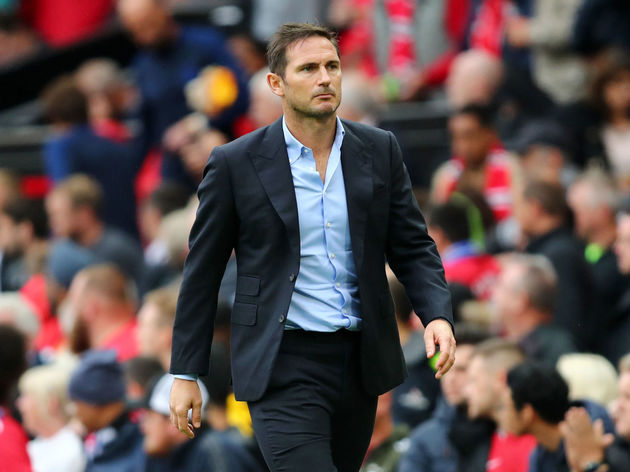 Ultimately, this could be one of the toughest tests of Lampard’s career, either as a player or a manager. He needs to find a solution, but doesn’t have many routes down which to search. Will he be up to the test? Only time will tell.