?After a successful Europa League campaign last season, Chelsea find themselves back in the Champions League this time around, and they have now learned what’s in store for them this year.

It looks to be a tough test for the Blues, who will have to go through Ajax, Valencia and Lille if they are to make it further in the competition.

Let’s take a look at Chelsea’s European fixtures this season.

Chelsea begin their group stage adventure with a meeting with ?La Liga side Valencia, but facing them at this stage in the competition has been a lucky omen for the Blues in the past.

The two teams have met twice in the group stage – in the 2007/08 and 2011/12 seasons – and Chelsea went on to reach the final of the competition in both campaigns. They won it in 2012 with a former player at the helm, could the same happen here? Next up for the Blues will be Lille, who are in the competition thanks to their stunning form in Ligue 1 last year.

They proved they are no laughing stock, but the loss of star winger Nicolas Pepe to Arsenal will certainly be felt. The Ivorian was replaced by 20-year-old Victor Osimhen, so keep an eye out for him. The toughest test on paper, Chelsea will travel to Amsterdam to face last year’s Champions League semi-finalists Ajax, who stunned the likes of Real Madrid and Juventus with relative ease last time around.

Having sold both Frenkie de Jong and Matthijs de Ligt this summer, Ajax are somewhat of an unknown commodity this season, but they seem to be at their best when they are overlooked. 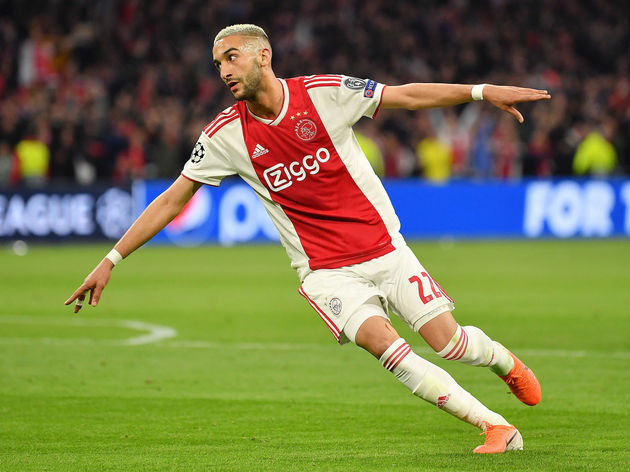 Two weeks later, Ajax will travel to Stamford Bridge for the return fixture, in what could be a decisive tie in the group.

At this point, Chelsea will know what to expect from the Eredivisie giants, but actually stopping them is an entirely different conundrum.

Having been drawn from pot four, Lille’s visit to the Bridge should be the easiest challenge for Chelsea, who will definitely be glad to see this fixture arise as their final group-stage test.

The Blues will hope to have all their business done by the time Lille come to town, but that isn’t always the case. The Ligue 1 side may still be battling for qualification, or at least a place in the Europa League, so don’t expect them to go down without a fight.