Jorginho’s agent has claimed the Chelsea midfielder wants to stay with the Blues until at least 2023, if not longer.

£57m convinced Napoli to sell the playmaker in the summer of 2018, though he has failed to win the favour of the Stamford Bridge faithful since arriving. The Italy international’s presence has seen fan favourite N’Golo Kante shifted to a less familiar position, with supporters unconvinced Jorginho has the talent to justify such an alteration. Former ?Partenopei boss Maurizio Sarri brought the 27-year-old with him after filling the ?Chelsea managerial vacancy last season, but he has since left to take up the reigns at ?Juventus.

His appointment as Bianconeri coach has led to rumours of the pair reuniting in Turin, but Jorginho’s agent has rubbished speculation. Speaking to Radio Kiss Kiss about the gossip, Joao Santos said (as quoted by ?Goal): “No, nothing of the sort happened.

“We have a mid-to-long-term project with Chelsea, similar to when he joined Hellas Verona and then Napoli. There are five years left on his contract and let’s say he’d like to stay for at least another four years.” 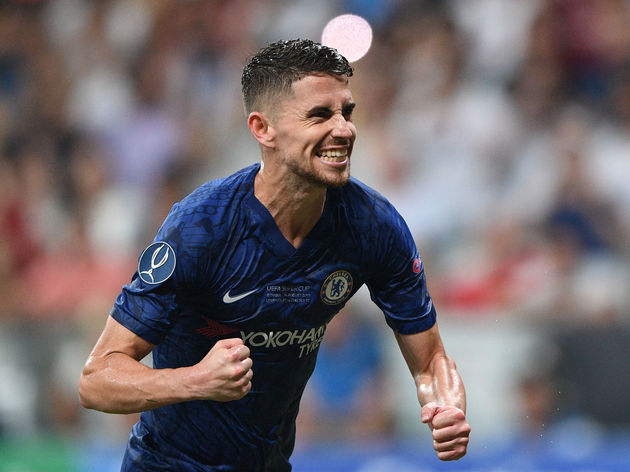 Though he was often scapegoated for the team’s struggles during Sarri’s sole year in charge at the Bridge, Jorginho is evidently enjoying his time in west London, claiming: “I think I had a fantastic first season and it was fundamental for my growth process.

“I am stronger in defence now, I go into challenges with more determination and control the game. The ?Premier League has forced me to develop different skills.”

Jorginho has featured in all of the Blues’ fixtures this year, with new manager Frank Lampard winning just one of his opening five matches following his summer homecoming.