Chelsea earned their second consecutive away win in the Champions League as Michy Batshuayi netted a deserved late winner for the Blues, in a game where Frank Lampard’s youngsters showed their maturity in the Dutch capital.

An engrossing end-to-end start to the match saw both sides have efforts at goal, with the vast majority of Chelsea’s attacks coming down the left-hand side through the combination of Callum Hudson-Odoi and Marcos Alonso.

However, it was Quincy Promes who thought he broke the deadlock for Ajax when he turned home from Hakim Ziyech’s deflected strike, only for VAR to rule the goal out for offside by the narrowest of margins.

The home side grew into the match in the second half, edging possession in the Chelsea third and nearly getting their rewards when 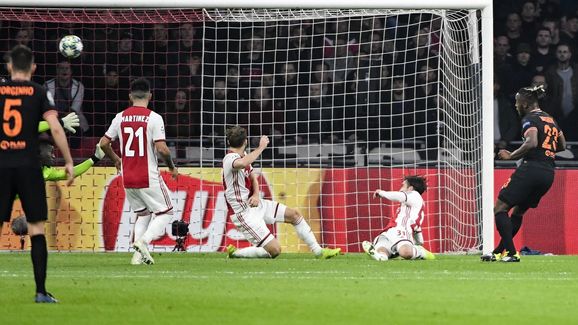 That goal proved to be the winner and means the Blues temporarily leapfrog Ajax into top spot in Group H, ahead of Valencia’s clash with Lille, on what was arguably Frank Lampard’s finest night since taking over the Chelsea hotseat. 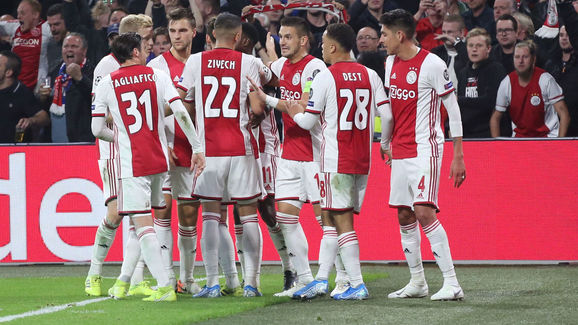 How ?Chelsea started the match was the epitome of that; full of life, unafraid to take risks and taking the game to the ?Champions League semi-finalists of last season. That wasn’t to say Ajax weren’t without their chances, though. In an open game that carried on in the same way during the second period, only poor decision making in the final third stunted Chelsea, while resolute defending halted Ajax.

Switching to a more conservative 4-1-4-1 in the second period, the visitors eased off the high press they had opted for, but still had the best chance to get the opener only for a rash Batshuayi finish to cost them dearly. Overall, what Lampard’s side showed was an immense level of maturity for such a young side, something that was demonstrated both on and off the ball.

In the end, the final ball was all that was lacking, and it was the American Pulisic who finally provided it, finding Batshuayi in the box to earn the Blues a battling point. But, more importantly, a fully deserved one over the group’s favourites for top spot. He was on the receiving end of plenty of criticism last season for seemingly, well, not doing anything, but Mateo Kovacic was the standout performer for the Blues in Amsterdam.

Alongside Jorginho in the heart of the midfield, the Croatian looked energetic and unnerved on the ball, comfortable building attacks from the back with crisp distribution and relentlessly pressing the Dutch side. Sure, he may not grab assists or goals all too often, but everything good that Chelsea did was a result of fine play from the 25-year-old. One mistake in the second half aside, he performed admirably in the Dutch capital.

Kovacic has been the best player on the pitch by a country mile.

Ajax are back in league action on Sunday as they host mid-table Feyenoord aiming to maintain their lead at the top of the Eredivisie.

For Chelsea, it’s back to ?Premier League action as they travel north to take on Burnley, looking to keep hold of their place in the league’s top four spots.