It may not have been convincing but Kyle Walker’s save from a Ruslan Malinovsky free kick in Manchester City’s Champions League tie against Atalanta on Wednesday was vital in earning the Citizens an important point.

Walker was forced to deputise in goal after Claudio Bravo was sent off ten minutes from time and unfortunately for any fans who enjoy watching an outfield player in goal (which should be all of you), the right-back was only required to make one save.

Despite his limited involvement the 29-year-old’s solitary stop made him the first English ‘goalkeeper’ – in the loosest sense of the term – to save a shot in the Champions League since 2016.

Think Kyle Walker is the first English goalkeeper to make a save in the Champions League since Ben Hamer in Porto 5-0 Leicester in 2016.

This is quite a damning indictment of the state of the use of domestic players by ?Premier League club, but more importantly it got us thinking about which other keepers from England have graced the UCL in recent times.

Strap yourself in for this blast from the past, as 90min remembers the last six (seven, with Walker) English goalkeepers to make a save in the ?Champions League. ?If you had told Ben Hamer after signing for newly-promoted ?Leicester City in 2014 that he would be playing in the Champions League little over two years later, he surely would have thought you had a screw loose.

And yet, this isn’t a misprint – it actually happened.

Filling in for Kasper Schmeichel after the Foxes had already secured top spot of Group G, Hamer lined up against Porto alongside such illustrious names as Marcin Wasilewski, Luis Hernández and a 19-year-old left-back called Ben Chilwell – whatever happened to him? 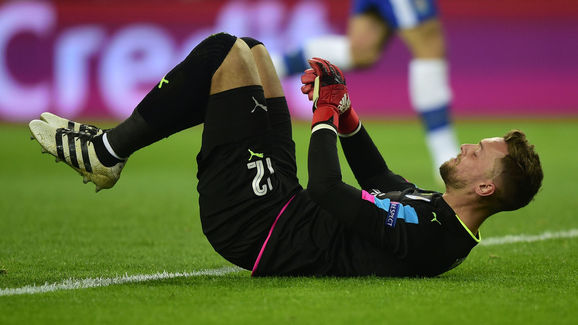 Although the game ended in a 5-0 defeat, the Englishman did register a save and his record would stand for three years before being broken by Walker.

These days Hamer plies his trade for Derby County in the Championship but is yet to make an appearance. Oh well, at least he’ll always have that glorious night in Portugal. ?Before becoming a bit of laughing stock, Joe Hart was one of the most highly-rated English goalkeepers of the modern era.

Hart racked up an impressive 39 Champions League appearances across five seasons for ?Manchester City and came closest to winning the competition during his final campaign at the club.

After defeating Dynamo Kyiv and Paris Saint-Germain to get the semi finals, Real Madrid bested the Citizens 1-0 over two legs.

The next season the new manager Pep Guardiola shipped Hart out on loan to Torino. He would never play for City again. ?Back when Celtic actually used to qualify for the Champions League group stage, Northumberland-born Fraser Forster clocked up an impressive 14 appearances in the competition between 2012 and 2013.

The keeper’s finest Champions League moment was his superhuman performance against ?Barcelona during the 2011/2012 campaign.

Celtic shocked the world by beating Tito Vilanova’s side 2-1, principally down to eight saves that Forster made during the game.

However, Barcelona would have their revenge in the stopper’s last ever Champions League game a year later – scoring six past the former Southampton man in a humiliating night for Scottish football. ?Usually accustomed to chilling out on the bench, Ross Turnbull was very much thrown in at the deep end when an injury crisis forced Chelsea to field their third choice keeper in a Champions League last 16 second leg against ?Inter in 2010.

Already 2-1 down after losing at San Siro, the Blues were defeated 1-0 at Stamford Bridge with Samuel Eto’o ensuring that José Mourinho enjoyed a happy return to his old stomping ground.

Turnbull somewhat redeemed himself in his last ever Champions League appearances against Slovakian minnows MSK Zilina, playing his part in a 2-1 ?Chelsea’s victory by making a number of saves.

Turnbull is now retired by the way, in case you were wondering. You weren’t? Okay. Sorry for bringing it up. ?Scott Carson has only made one appearance in the Champions League so far and it’s fair to say the likelihood of him making another is fairly low, seeing as the Englishman hasn’t made a single matchday squad for Manchester City in this season’s competition so far.

However, before he became resigned to sitting on the bench at the Etihad, Carson had a memorable European moment in Liverpool’s quarter-final first leg against ?Juventus in 2005.

On their way to winning the whole competition, the Reds dispa

Carson would only make the bench in the final, meaning he had the best seat in the house for the most storied Champions League comebacks of all time. 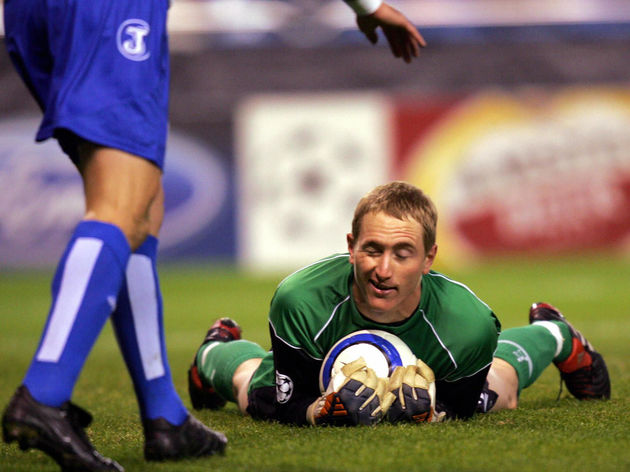 The Midlands-born stopper went on to appear four times in the group stages three years later and only let in two goals.

After leaving Liverpool in 2005, Kirkland had a nomadic career, taking in spells at Wigan, ?Leicester, Doncaster and others, before finally retiring in 2016.