There are plenty of players in the Premier League who you’d fancy to be able to hold their own in a physical battle. Chelsea defender Antonio Rüdiger is definitely one of them – just ask Michail Antonio. 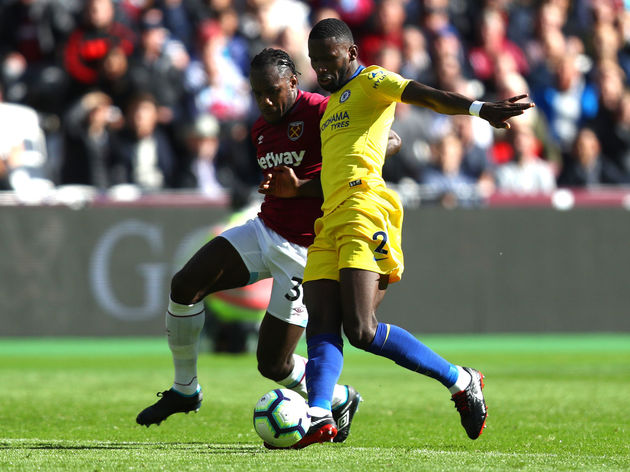 The winger spoke alongside Callum Hudson-Odoi with ?HD Cutz UK for ?Bleacher Report, and the two players opened up about their experiences with some of their teammates. Hudson-Odoi brought up ?Rüdiger, and Antonio did not hesitate to admit he came off second-best against the German.

“Basically, it was one on one. If I get past him, I’m going one on one against the goalkeeper. So I looked at him, I was like ‘I’m knocking this’, knowing that I had a bit of running room.

“He’s one of those players that gets into your head when you’re on the pitch,” the ?Chelsea man confessed. “He will talk to you too much that you just start getting annoyed. He’s so cool, but on the pitch he’s…nah.”

Rüdiger wasn’t the only Chelsea player against whom Antonio has come off worst. He also confessed that midfielder ?N’Golo Kanté had left him in a pile on the floor because he underestimated the Frenchman. “Once, I had five yards on the man, knocked it past him like ‘man’s free here’,” he explained. “Back round, slide tackle, got me, smashed me. I was on the ground for like five minutes.”

Hudson-Odoi added: “He’s one of the strongest players I’ve ever played against. He is an animal. The guy’s quick as well, you know.”