?Roma’s sporting director has opened up about why Edin Dzeko was not allowed to leave for Chelsea in the January transfer window.

Monchi spoke to ?Calciomercato about the reigning Premier League champions’ failed move for the ex-Manchester City striker in the winter window, and explained why Antonio Conte wasn’t able to bolster his squad with the Bosnia international.

The Spaniard admitted the decision to not let Dzeko leave was ultimately down to Chelsea’s poor offer as he revealed why the 31-year-old was told he would not be heading back to English shores and would remain in Rome instead. Monchi said: “Chelsea’s offer was there, it’s true, but it is also true that Roma only evaluated the offer and studied it. And knowing how Chelsea valued the player, the deal didn’t satisfy us.

“For us, Edin is an important player who has done so much for us in the past and is still doing it. In Italy, the sporting director listens to the offers, evaluates them and then accepts or rejects them. And in this situation, the offer didn’t satisfy all parties.”

Dzeko seemed set to leave Stadio Olimpico and boost Conte’s forward line at Stamford Bridge until a last-minute deal breaker ensured that the Blues had to move for Arsenal’s Olivier Giroud instead. (You may also be interested in ?Liverpool Handed Boost in Pursuit of Roma Star As Serie A Side Line Up Replacement)

That left Conte feeling frustrated at his club’s board and the Italian has been voicing his displeasure about transfer targets ever since.

Meanwhile, Monchi also spoke about reported Liverpool target Alisson and why the Brazilian goalkeeper has attracted so much interest recently. 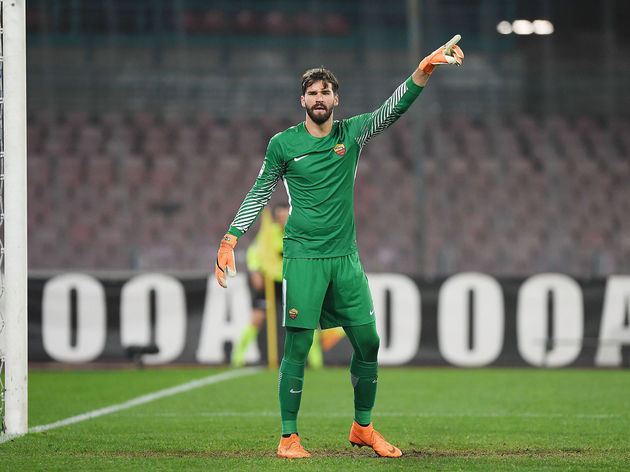 The Reds have been tipped to make a move for Alisson in the summer but may face competition from Paris Saint-Germain for his signature, and Monchi stated his belief that it is the 25-year-old’s growing reputation that is making Europe’s elite sit up and take notice.

He added: “I am lucky to see day after day. He’s in fantastic condition, he’s getting fantastic results. I don’t know if he’s the best goalkeeper in the world, but he’s definitely a very high-level goalkeeper.”