?last 16 tie against Barcelona on Wednesday night if they are to progress in the competition.

“In the Camp Nou you have to play the perfect match,” the Brazilian told a press conference. 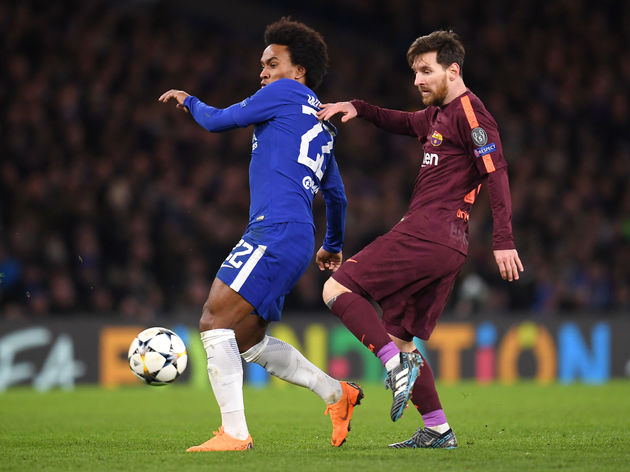 Willian scored Chelsea’s goal in the first leg at Stamford Bridge. It was cancelled out by Barça talisman Lionel Messi to hand the Catalans an away goal and a slight advantage ahead of the return game in Spain, but Willian has confidence Chelsea can progress with more of the same.

“Playing against Barcelona is never easy,” he elaborated when talking to Chelsea’s official website.

On what the team must specifically do to prevail, Willian explained: “We have to stay compact and fight together without the ball because Barcelona, in every game, have a lot of possession.

“In this game, when we have the ball we have to be more clinical. We can’t afford to make any mistakes with our final pass and we have to be decisive in front of goal by shooting or doing what we want to do. If we go into the game with this mentality I think we can do something special.”

Andres Iniesta will be back for Barça after being declared fit following a hamstring injury. But Yerry Mina, Denis Suarez and Nelson Semedo are out, while Philippe Coutinho is cup-tied.