?Chelsea and Atletico Madrid are both reportedly lining up a potential swoop for RB Leipzig goalkeeper Peter Gulacsi.

That is according to ESPN, who claim that the Hungary international has become an attractive option to the European heavyweights with the current goalkeeping situations at both clubs somewhat up in the air.

Both clubs are anticipating transfer bids for their current number one goalkeepers in the summer, with Thibaut Courtois and Jan Oblak attracting attention from European giants such as Real Madrid and PSG. 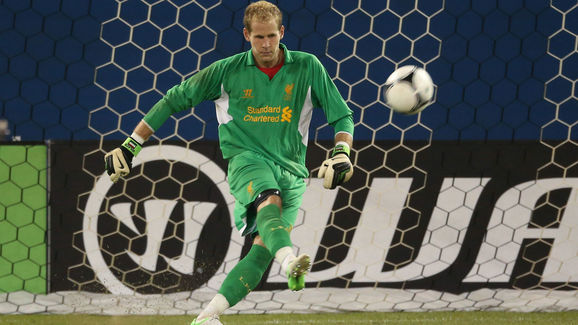 Belgian international Courtois is yet to put pen to paper on a new contract at Stamford Bridge, whilst Oblak is one of the most in demand goalkeepers in Europe. However, the claim that the former Liverpool man as a possible replacement for either Courtois and Oblak is a surprising one.

The Hungary star, who has also been ?linked with Arsenal in recent months, will be slightly more attractive to Chelsea because he qualifies as a homegrown player, following his five-year spell at Liverpool. Leipzig, who are currently in the quarter-finals of the Europa League as well as in a battle to finish in the top four in the Bundesliga, will be reluctant to sell Gulacsi, particularly with the imminent departure of another key asset in Naby Keita to Liverpool this summer.