UEFA have dropped their investigation into complaints of racist chanting by Atalanta fans made by Borussia Dortmund striker Michy Batshuayi after the Belgian claimed he was abused during a Europa League match in Italy.

Batshuayi ?tweeted about the incident after the knockout match at Atalanta in February, stating:

“Hope you have fun watching the rest of @EuropaLeague on TV while we are through #SayNoToRacism #GoWatchBlackPanther.” 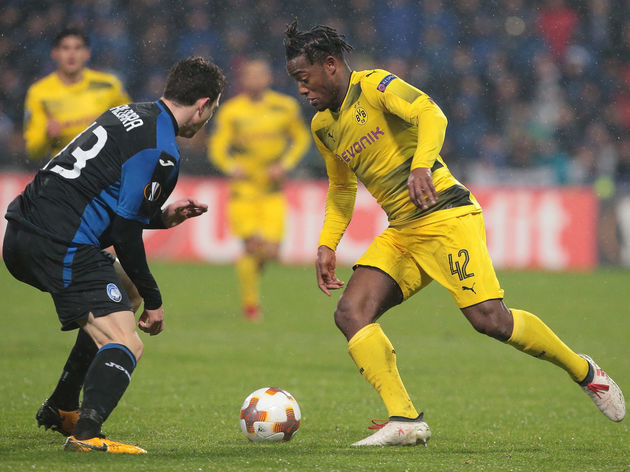 Dortmund beat Atalanta 4-3 on aggregate to progress in the Europa League ?but were undone in the next round by Salzburg, who triumphed over two legs thanks to a 2-1 away win before a goalless draw in Austria.

Batshuayi has been in impressive form for Dortmund since his loan switch from Chelsea in January, scoring eight goals in 11 appearances in all competitions so far this season for BVB.

Chelsea’s strikers, meanwhile, have struggled to fire, with January signing Olivier Giroud managing just one goal in seven appearances since his transfer from Arsenal.