As reported by ?101 Great Goals, Shunit Hemed was in attendance at Stamford Bridge on Easter Sunday to watch Antonio Conte’s side lose 3-1 to Tottenham, although her social media activity did catch people’s attention.

Hemed has had a difficult season at the Premier League newcomers, scoring twice in 16 league appearances, although the 30-year-old hasn’t featured for the Seagulls since their FA Cup fourth round clash against Middlesbrough at the end of January.

Recently speaking to the ?Jewish Chronicle, Hemed admitted to speaking to Chris Hughton over a potential departure in January due to his lack of playing time behind the likes of Glenn Murray and January acquisitions Leonardo Ulloa and Jurgen Locadia. 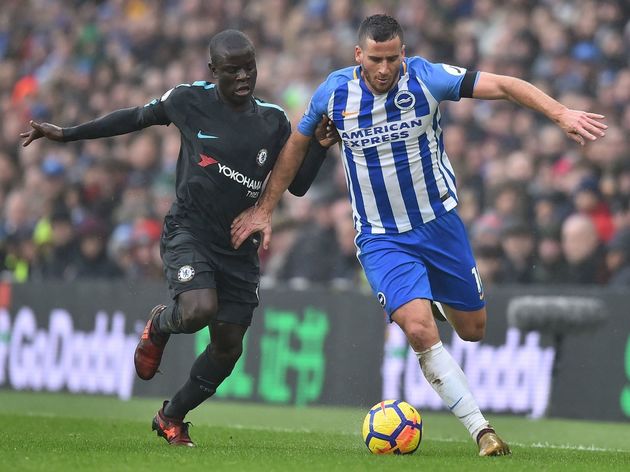 (You may also be interested in ?Celtic Forward Scott Sinclair Eyeing Premier League Return With Brighton and Bournemouth Interested)