Chelsea are interested in hiring AS Monaco coach Leonardo Jardim to replace the embattled Antonio Conte.

According to a report ?on the Yahoo! Sport website, Chelsea have contacted the Ligue 1 club to enquire about Jardim’s availability.

Conte’s relationship with Chelsea has become increasingly fractious, and he has publicly criticised the club’s hierarchy in what has been a disappointing season for the Blues. They have failed to mount an effective defence of their Premier League title and are unlikely to qualify for next season’s Champions League.

As well as unexpectedly leading Monaco to the Ligue 1 title last season, Jardim also masterminded their impressive run to the Champions League semi final, in which they edged out Manchester City in the last 16.

The 43-year-old Portuguese has earned plaudits for the way in which he handled the loss of four of Monaco’s biggest stars last summer. His side were widely expected to struggle this season without the likes of Kylian Mbappé and Bernardo Silva, who left for Paris Saint-Germain and Manchester City respectively. However, after a difficult start to their campaign, Monaco are now likely to finish second in Ligue 1.

It may not be easy even for a club even of Chelsea’s stature to entice Jardim to leave Monaco, where he is reportedly content with his job and enjoying life. He has also said he would only leave Monaco for what he called “a club of greater dimensions”.

He added: “I have received offers, but few clubs have the right profile; barely a dozen in Europe.”

Jardim has been consistently upwardly mobile since starting out in the lower echelons of Portuguese football. He enjoyed successful spells at clubs such as Sporting Braga in his native Portugal and Greek side Olympiakos, before joining Monaco in 2014. 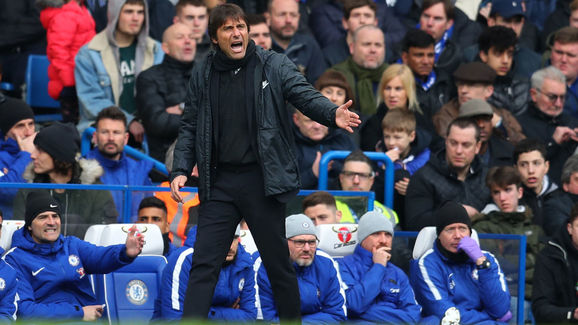 Since Chelsea will probably not be playing Champions League football next season – unlike his current club – Jardim may not feel that a move to London would represent a step up from his current position.

Even if the Blues do persuade Jardim to join them, he will not come cheap, as Chelsea will need to pay a €7.5m release fee if they want to hire him before his current contract with Monaco expires in 2020. They will probably also need at least to match his current annual salary of €4m after tax.