By the time the Blues take to the field, they may no longer be the champions, with Manchester City able to clinch the title with a win in the Manchester derby on Saturday. With a poor defence of the title, Antonio Conte will most likely leave the club in the summer, but will be looking to go out on a high. Chelsea lie eight points off the top four in fifth, but have an FA Cup semi final looming against relegation-threatened Southampton in two weeks as a last chance of silverware for the Italian.

West Ham gained a bit of daylight between them and the rest of the pack with a 3-0 win over Southampton last Saturday, but need to keep picking up points to ensure their Premier League status for next season.

Back in April 2011, the Hammers travelled to Stamford Bridge bottom-of-the-table and looking to score a priceless win against the reigning champions. With ex-Chelsea boss Avram Grant in the hot seat, the London club found themselves at the summit with five games to play, in a desperate bid to avoid relegation.

Their hosts, meanwhile, were lagging behind Manchester United in the title race but still holding faint hopes of a second straight championship. Ex-Hammer Frank Lampard opened the scoring against his boyhood club on the stroke of half time, firing home from an Ashley Cole cross. 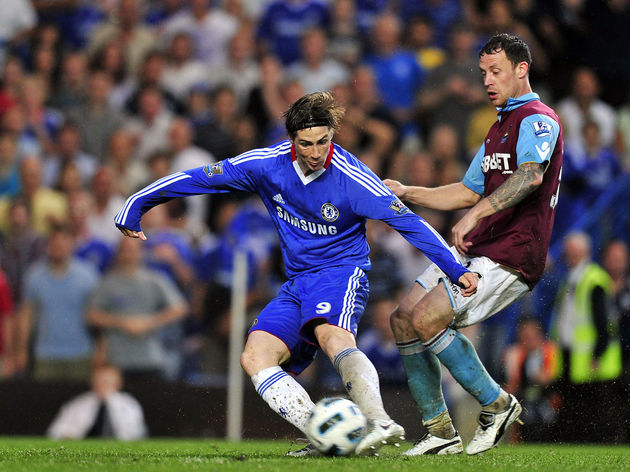 Chelsea threatened to add to their lead in the second half to no avail, until a historic Stamford Bridge moment for which this match is remembered. Fernando Torres, on as a substitute, had failed to score in his first 13 Blues games after his £50m move from Liverpool in January.

With six minutes to go, the Spaniard was put through on goal by Nicolas Anelka, turned and fired a left-footed strike past Rob Green for his maiden Chelsea goal amid bedlam at Stamford Bridge. Torres had waited 732 minutes and was mobbed by his relieved team-mates after he doubled their lead. 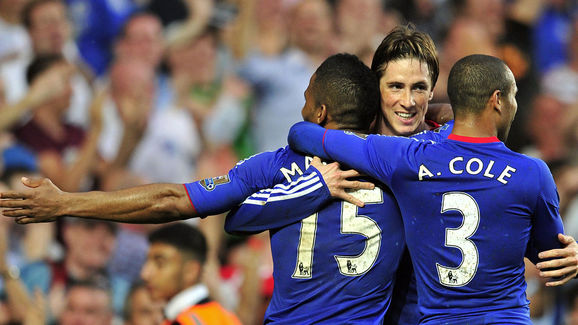 Frenchman Florent Malouda added a third in injury time, but the headlines belonged to the much-maligned Torres, finally breaking his duck three months into his career in west London. West Ham went on to be relegated that year, falling away in the last few weeks to drop down to the Championship.

Alvaro Morata will be a handful for the Hammers defence with his return to form, and the Spaniard can expect a tricky battle against the imposing Angelo Ogbonna. The two played together at Juventus, and know each other better than most, so it should make for an interesting contest on Sunday. Marko Arnautovic’s pace and guile will test young Andreas Christensen, who, after a breakthrough season, has made numerous costly mistakes in recent weeks, but manager Antonio Conte has kept faith in the Dane.

Chelsea could call on Thibaut Courtois and Pedro on Sunday, with the pair returning to fitness to be in contention for Sunday’s game. David Luiz and Ethan Ampadu are the only long-term absentees, with Ross Barkley close to full fitness.

David Moyes has a host of injury concerns, with Michail Antonio requiring hamstring surgery and unable to feature this season. Manuel Lanzini is in contention to play some part on Sunday though will probably start from the bench. The Hammers beat Chelsea 1-0 at the London Stadium in December, but have not won at Stamford Bridge since 2002 and have a poor record in west London. Despite last week’s 3-0 win over Southampton, you feel this may be a step too far for David Moyes’ side at the moment.

Chelsea are still wounded after last weekend’s crushing derby loss to Spurs, and Antonio Conte will be looking for a reaction out of his players to end the season well and be in position should any of the top four slip up.

With Alvaro Morata returning to form, it seems perfectly set up for a routine home victory for Chelsea, who don’t return to the Bridge until an early May date with Liverpool.