Thomas Tuchel will be Paris Saint-Germain’s manager next season, if the reports of him having agreed a deal to take over from Unai Emeryat the end of the season are true.

The German, who has been on hiatus since leaving Borussia Dortmund, is wanted by a host of European clubs. PSG, however, are understood to have won the race to appoint the former BVB boss. 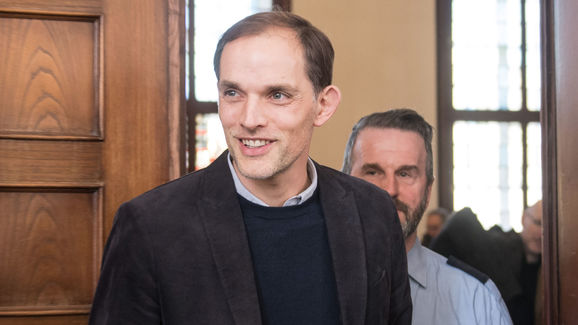 Tuchel is on holiday at the moment but is already busy making plans for the upcoming campaign, of which much is expected. The French giants will always be favourites when it comes to winning Ligue 1, but they will feel the pressure in the Champions League after being heavily tipped to win it but falling in the first knockout round this year.

While PSG already have a squad good enough to challenge for European honours, Tuchel is believed to want new players, one of which belongs to Chelsea. Sport Buzzerare reporting that the 44-year-old is keen on signing Blues midfielder N’Golo Kante.

They write: “Tuchel is said to have placed the emphasis on the commitment of Chelsea’s N’Golo Kanté. However, his contract is still running until 2021. For a commitment, PSG would probably have to dig deep into their pockets as 80 million euros are at least as a transfer in the conversation.”

N’Golo Kanté has now played 100 games in the Premier League.

He has won exactly 400 tackles in that time.

Every blade of grass covered. ? pic.twitter.com/ErXywCvWqu

Monaco’s Fabinho is also thought to be a target, while Juventus star Sami Khedira and Dortmund’s Julian Weigl are being monitored as well. But according to the report, Kante is the German manager’s first choice.

It is unlikely Chelsea will let him go, though, given his importance. But if the player fancies a move back to France, that could sway things in PSG’s direction.