Chelsea wing-back Marcos Alonso could possibly miss his side’s FA Cup semi-final tie against Southampton on Sunday, as well as their Premier League clash against Burnley this Thursday.

The Spaniard made an absurd and pointless challenge on Shane Long during the Blues’ ?3-2 comeback win over the Saints at St Mary’s on Saturday and somehow went unpunished by referee Mike Dean, despite appearing to stamp on the forward’s calf with no intention to go for the ball. According to the ?Daily Mail, FA Chiefs are still investigating the challenge and are reviewing footage of the incident. Alonso could find himself hit with a violent conduct charge, that would see him hit with a three-game suspension.

Many were of the view that the Chelsea man was very fortunate to stay on the pitch after his challenge on Long, including pundits Matt Le Tissier and Dennis Wise. 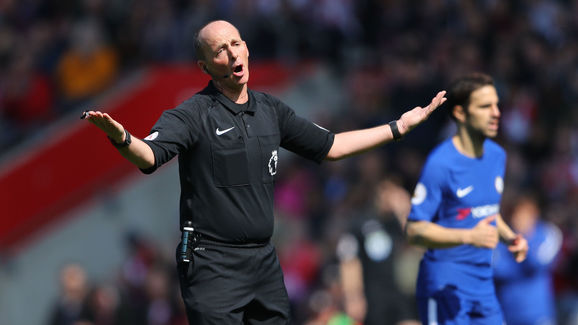 “There is one thing in his mind there, and that is to hurt Shane Long and Mike Dean is looking right at the incident. How on earth he misses this is incredible.”

The FA are expected to reach a decision by Tuesday, leaving the Blues sweating until then. They do have the option of playing former Roma-full back Emerson Palmieri, however. The Brazilian has played little football since his move in January, but has impressed whenever given an opportunity.