Rafa Benitez could take Chelsea reject David Luiz with him to Napoli this summer, in what is a rather complex merry-go-round – yet not beyond the realms of possibility.

It’s well documented that Luiz is almost certain to leave Stamford Bridge this summer having fallen out of favour with current boss Antonio Conte earlier on in the season, and the Brazilian is believed to have attracted the interest of French outfit Monaco. 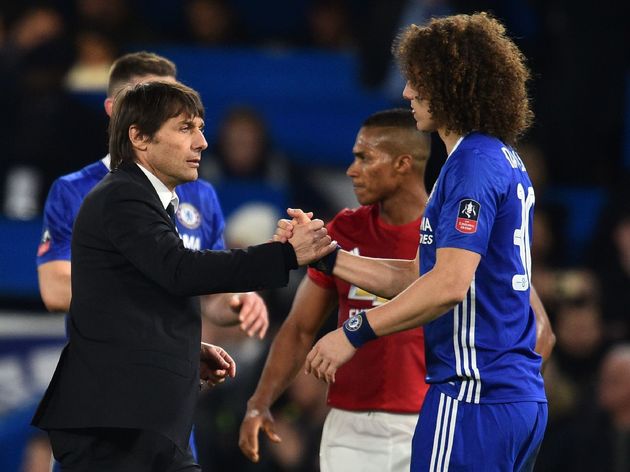 However, according to t?he Sun, Napoli president Aurelio Di Laurentiis has outlined Luiz as a potential target over the summer. This is where things start to get complicated.

Over in Italy, Maurizio Sarri is expected to leave his post as Napoli boss – coming so close, yet so far to securing a long awaited Scudetto for the side. If, or more realistically when, Conte leaves Chelsea, Sarri is a potential target for the Blues.

Should he join Chelsea, he’ll look to take Kalidou Koulibaly with him – a key player for Napoli and a long term Chelsea target. When this happens, Napoli will look to replace the centre half with David Luiz, who at this point will have even less reason to remain at Stamford Bridge. In the midst of all this, the report reckons Napoli will be working on bringing former boss Rafa Benitez into the fold. The Spaniard’s future at Newcastle is currently up in the air, and Napoli could offer a highly attractive way out.

Benitez would supposedly be keen to link up with Luiz once again, having brought the best out of the defender during his six month stint with the Blues back in the 2012/13 season.

In short – David Luiz and Benitez to Napoli, Sarri and Kouliably to Chelsea; meanwhile leaving Newcastle without a manager and Conte without a job.