?Frank Lampard could be next former England international to make a move to management after the former Chelsea and England midfielder confirmed he is currently earning his coaching badges.

With Steven Gerrard likely to earn his first senior managerial appointment with Rangers, Lampard has revealed he aims to follow the path of his former England teammate.

“I’ve known Steven [Gerrard] a long time,” Lampard told Press Association Sport (via ?TalkSPORT). “He’s a serious thinker about the game. I work with him now, and his analysis and extent of knowledge about the game is huge.” 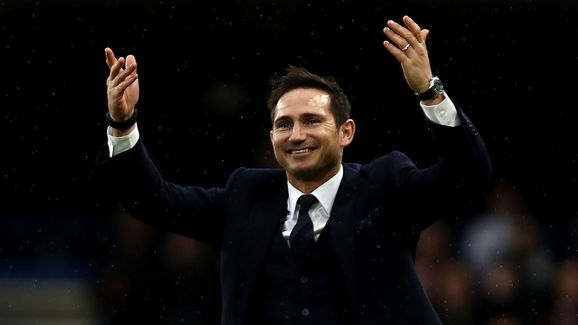 “He’ll be a great acquisition for anyone to take on. And good for him. It’s what he wants to do and I think he’ll be very good at it. And I certainly think Steven will make a success of it.”

?Gerrard has confirmed he has had positive talks with Rangers over becoming the replacement for Graeme Murty. But it would seem that Gerrard will not be the last of England’s golden generation to move into management.

“Well I’m doing my coaching badges at the moment,” Lampard confirmed. “I’ve spent a lot of time at Chelsea this year, gaining hours of experience. 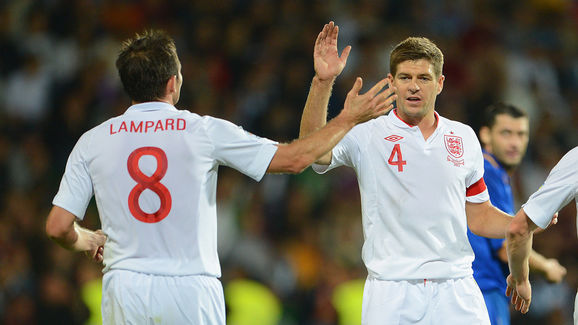 “Because you do want to give back, show you can help try to develop players, and help them tactically and whether you can be a good man manager.”
?
?Lampard also told the ?Guardian, however, that he is putting no ‘time limit’ on his ambitions to move into management, but he is relishing the idea of testing himself working with a group of players.

He said: “I’m not setting a time limit on the move into management. You don’t just flick a switch – you need to learn a lot again. There are no shortcuts as I see it. “As a player you can be pretty selfish. As a manager it’s the complete opposite of that. I’m really interested in the idea of trying to man-manage a group as well as I possibly could, to deal with a real mixed, diverse dressing room like we have these days. There’s not one rule for everyone. I read a lot now because I love to find out about how other managers have tackled these things. That’s where the magic is.”

Lampard won every piece of silverware possible with Chelsea and earned 106 caps for England during his playing career. He officially retired from football in 2016 after a short stint in the United States with New York City FC.

Since completing his incredible career, Lampard has turned his hand to television punditry and coaching with Chelsea’s youth teams – a route he vouches for a great way for players to learn the tools for management.

“If a Steven Gerrard is linked with a job immediately people say he needs experience, but he has to gain that experience somewhere,” he added.

“It’s a great way to cut your teeth. And Steven doing it there at Liverpool’s academy has been smart.”