Napoli are understood to be filling up a managerial shortlist in the increasingly likely event that Maurizio Sarri vacates his post at the end of the season.

The coach has been heavily linked with former Premier League champions Chelsea, with Antonio Conte tipped to have ties severed with the London side. And his name is among a few others listed as potential replacements for the Italian, who led the Blues to the summit of the top flight in his first season in charge. 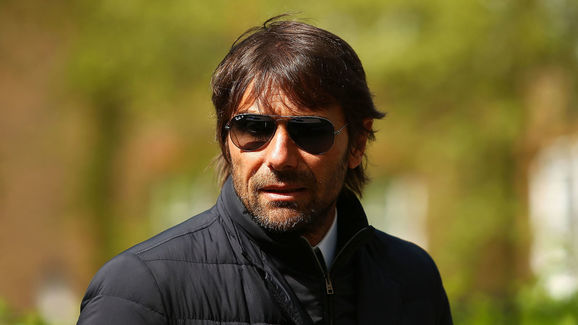 Things have since soured between Conte and the Chelsea hierarchy, and the poor excuse of a title defence hasn’t been very helpful either.

Sarri, meanwhile, is reported to have ordered his backroom staff to begin learning English, according to the ?Evening Standard. While his representative, Alessandro Pellegrini, has already met with intermediaries working at the Blues’ behest to discuss a move to Stamford Bridge.

It is worth noting that Maurizio Sarri can speak some English. He used to travel for work while working in an international bank in Tuscany. Gazetta claim today that him and his staff are taking lessons: https://t.co/wa5VtFgDlr#CFC

Standard Sport are also reporting that the manager’s relationship with Napoli chairman Aurelio de Laurentiis has hit a low point and there are concerns over top players leaving the club in the summer.

The club have started discussing a new contract with Sarri and are keen to give him a raise on his current £1.3m salary, as well as remove the £7.1m release clause which remains active until the end of May. (You may also be interested in: ?Antonio Conte Set for Cold War With Abramovich As Italian Refuses to Quit £9m-a-Year Blues Contract)

The Blues, meanwhile, are said to be considering paying the exit fee as negotiations have stalled between the club and their manager, who is demanding a significant improvement on his pay, with a £3.5m figure in mind.

Given the fears surrounding the manager, though, the Naples side are understood to have drawn up a shortlist of Sampdoria’s Marco Giampaolo, departing Paris Saint-Germain boss Unai Emery, Paulo Fonseca at Shakhtar Donetsk and Marseille manager Rudi Garcia.